04.09.2014, Kyiv
It is the first time watches for visually impaired persons began to talk in Ukrainian and it happened for 5000 blind and elderly people. With help of open-hearted benefactors from the Unites States Caritas Kyiv www.caritas-kiev.org.ua held a large-scale initiative on help to 1500 visually challenged and now it is extended and expanded.

“It is our greatest achievement that we are very happy about. Till this moment nobody managed to seize such number of needful visually impaired people in Ukraine, and we didn’t have so many Ukrainian talking watches – and now it became possible!” informs Fr. Roman Syrotych, Caritas Kyiv Director.

Geography of distribution of 5000 electronic talking wrist watches with possibility to display language is rather wide and seize residents of Kyiv city and oblast, Donetsk oblast (Berdyansk), Lviv city and oblast, Zhytomyrska, Volynska and Ternopilska oblasts. First of all, organizers of the initiative focus their attention on the poorest who find it difficult to buy such thing on their own – these are members of Ukrainian Association of the Blind  (UTOS – from the Ukrainian Cyrillic acronym УТОС), lonely seniors who lost their eyesight, and also other visually impaired people.

Nowadays there are nearly 70 000 visually impaired people in Ukraine. This number doesn’t include seniors with reduction in vision or loss of their eyesight. Securing primary means for the blind is a responsibility of country’s authorities, but taking in consideration situation in the country, great number of such people and the fact that watches are wearing out quite quickly, only small number of these needful people receive from the state things they require for adequate living.

Fr. Roman Syrotych retells: “It is the second such initiative. The first one took place in spring 2013. That time Caritas Kyiv workers and volunteers distributed 1500 Russian talking watches among visually challenged people. Then, there was a question whether it was possible to find Ukrainian talking watches – and we found out that such watches didn’t exist and hadn’t existed before. Afterwards, we contributed many efforts to provide blind Ukrainian people with corresponding watches. Finally, this idea was implemented.”

Charitable initiative was pushed forward by the community of John the Baptist Ukrainian Catholic Church in Newark (New Jersey, USA). Moreover, His Beatitude Lyubomyr Guzar, the major archbishop emeritus of the Ukrainian Greek Catholic Church, joined the initiative in the special manner, having contributed own money for purchasing of watches for the sightless. Church parishes always respond on needs of people in crisis and become Caritas volunteers, – note initiative organizers. 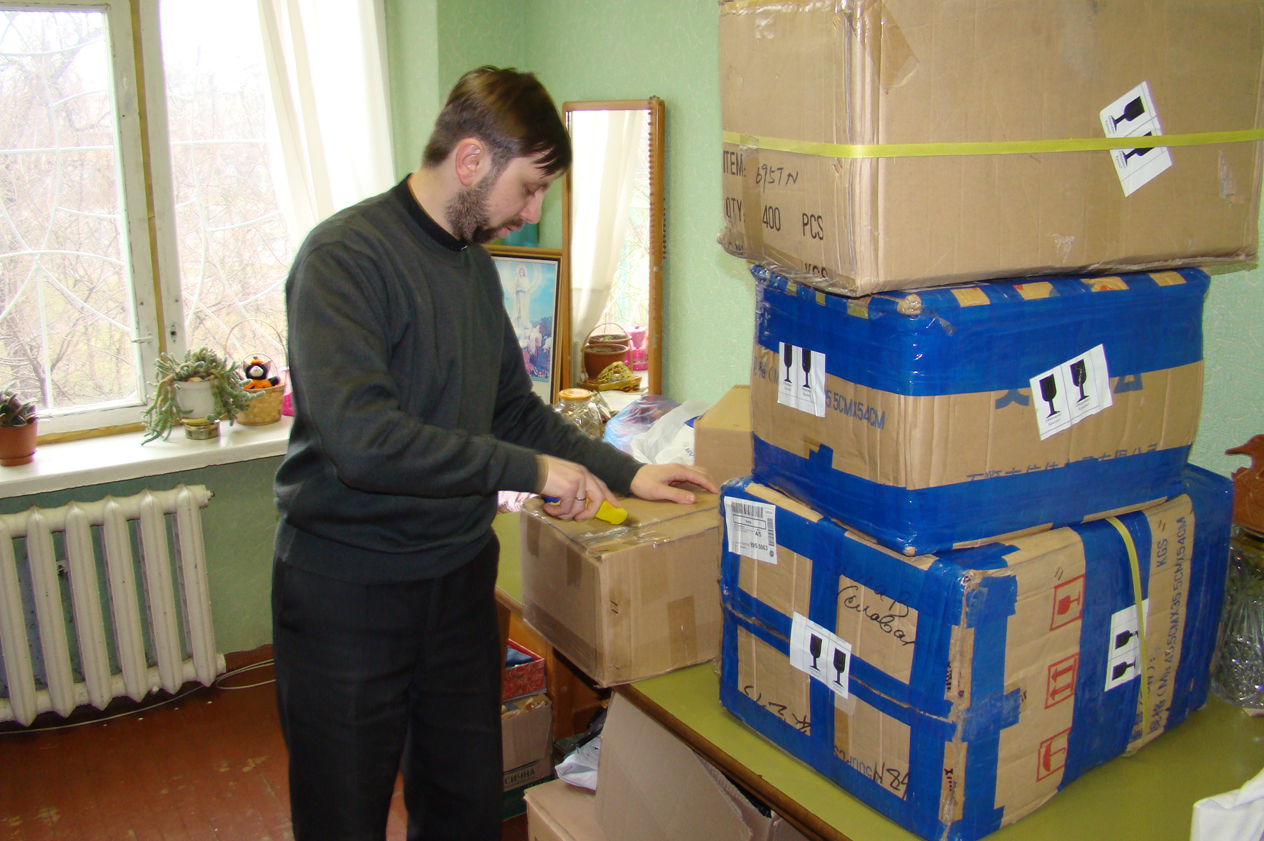 Since 1992 Caritas Kyiv has been rendering assistance to people who are in crisis living conditions because of certain circumstances.
There are the following activities carried out:
•    Mobile work with children and youth that is targeted at the assistance to minors from single-parent, low-income families and families who face dependency issues; and also to street children.
•    Charitable refectory for children of crisis categories.
•    Summer camps for kids and youth.
•    Football classes for kids from crisis families and street children.
•    Visits to orphanages and low-income families.
•    Medico-social help to physically challenged, seriously ill, elderly and also home care for people who live with HIV/AIDS.
•    “Home Care” consultative center.
•    Support of women and their children who are imprisoned.
•    Social services to the most needful population groups that include work of a tailor shop, hairdresser’s parlour and laundry.
•    Provision of humanitarian aid.
•    Organization of charitable initiatives/campaigns.