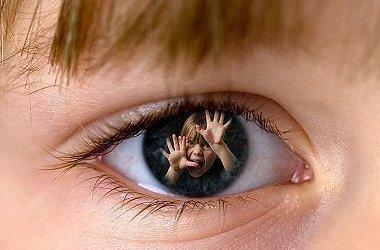 06.12.13, Lviv region
By the end of November the city contest of posters called “Me against violence” was held in children’s studio “One hundred talents” in Caritas Brody (Lviv region). Brody Regional center of social services for family, children and youth became a co-organizer of the contest. The aim of the event is recognition of urgent character of violence among children and elaboration of mechanisms to combat violence.

At the opening ceremony of the event Director of local Caritas Mr. Yaroslav Tsaryk pointed out: “We strive to enhance participation of the society in combating violence, first of all, domestic one. Therefore, from time to time we organize information campaigns in this sphere, aimed to prevent, protect and interfere in violence cases. Cooperation of our charitable foundation and Brody Regional center of social services for family, children and youth is a good example for other related structures and an example of efforts consolidation in countering certain social problem in general.”

The problem of violence is the most acute among women and minors. The vulnerability of children to violence can be explained by their physical, psychic and social immaturity, and also dependant state regarding adults, not taking in consideration whether these are parents, caregivers, educators and teachers. Very often it is diffic 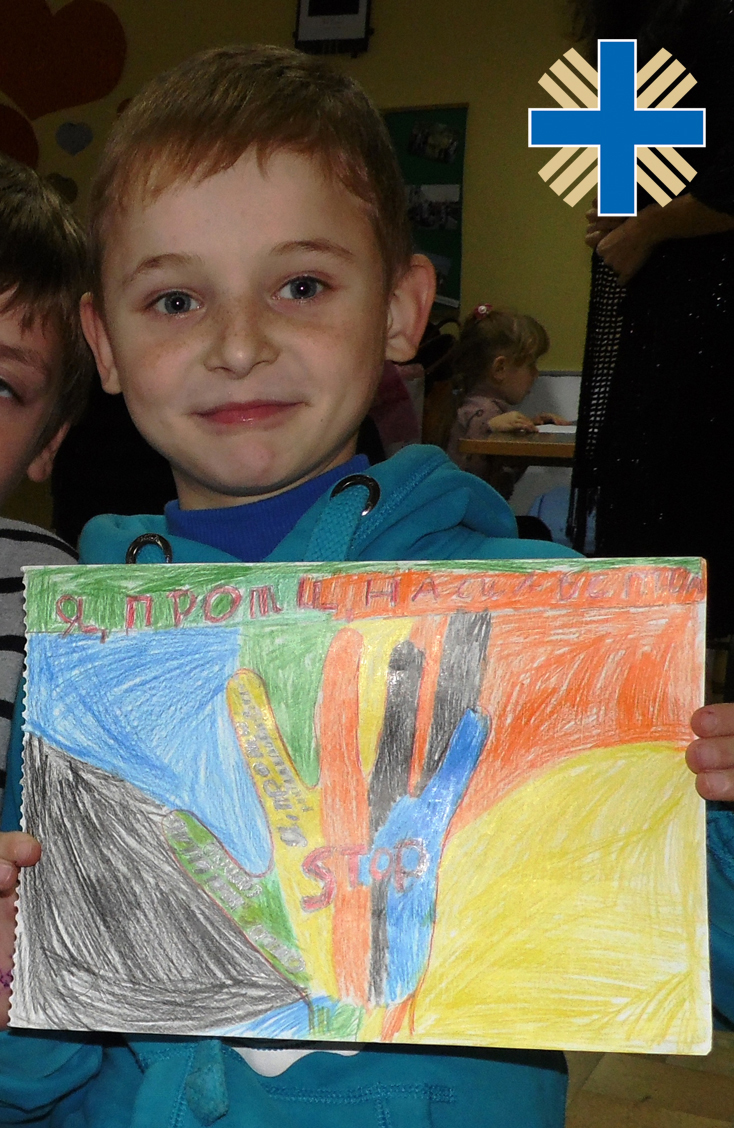 ult to reveal if it was psychological violence or the situation limited to physical or economic violence.

There is a sad statistics among experts:

In general, 1000 women die because of violence in fam

ilies every year in Ukraine. Over 50% of Ukrainian parents don’t think that physical punishment of children is a bad action. Therefore, Caritas Brody actively stands against family violence and tolerance to this fact; in particular, organization informs children about mechanisms of solving the situation of occurred or existing violence, about its characteristics, consequences and background.

Over 20 participants, aged 7 to 14 years, from “One hundred talents” studio submitted for approval of jury their works on violence theme. Children’s drawings are devoted to protests against injustice, discrimination and cruelty. The contest showed the concern of children to this topic and their skills to describe modern issues with fine art techniques. There were different nominations that made it possible to mark every participant.

“If more and more children who live in situation of violence will get to know who, how and where can help them, we will be satisfied with results of the initiative. Only with such appeals we can gradually change the society, try to create the situation when violence to woman and child will be shameful. Our initiative is only one junction in the chain, because big action begins with a small one,” notes Galyna Trufanova, psychologist of the project “Social and psychological assistance to children and youth with problems and difficulties in education process and socialization” in Caritas Brody.

Hrystyna Teslyuk became a winner of the contest “Me against violence”. She brightly described her protest against violence in family. Presents for all participants were provided b 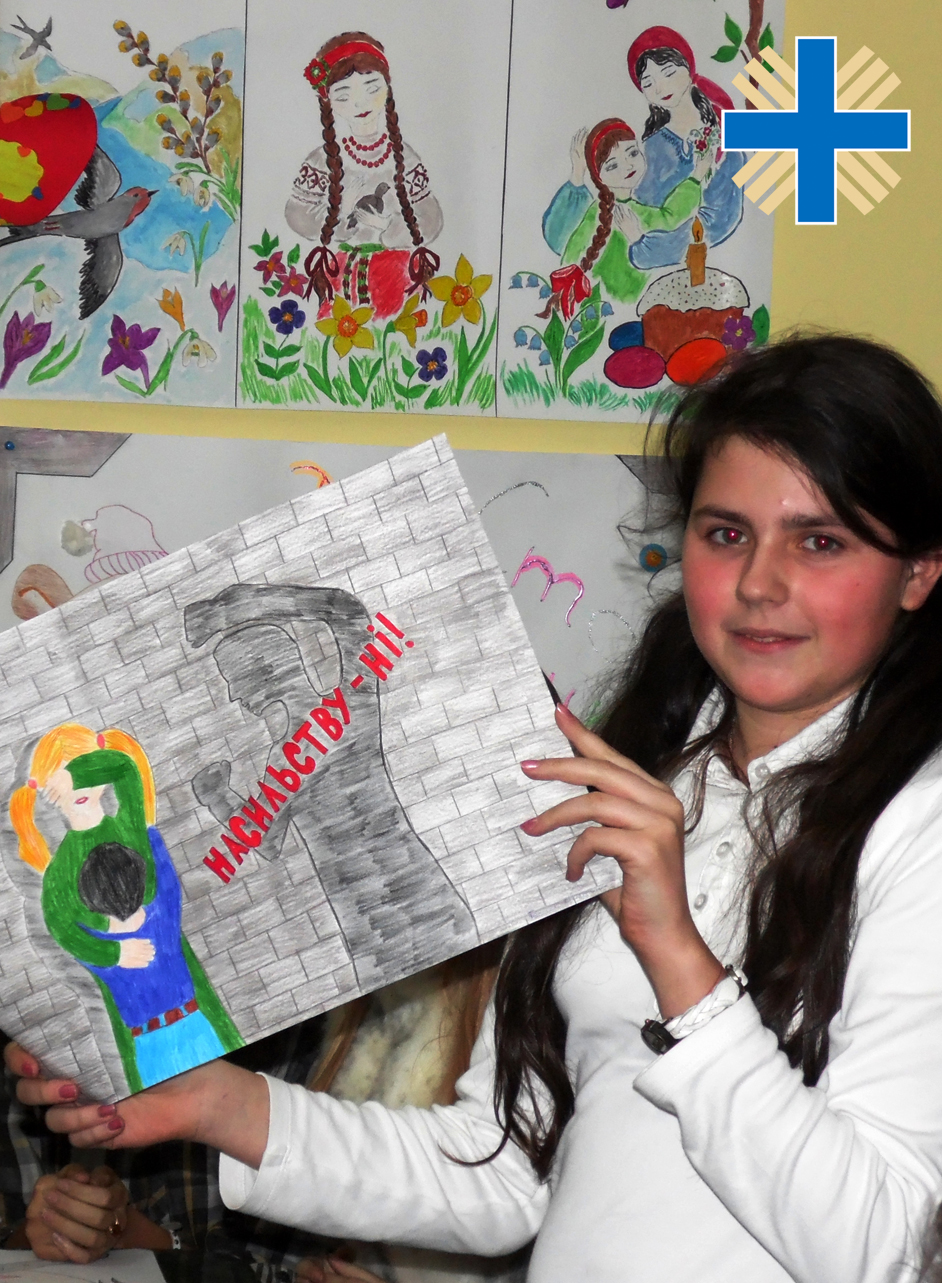 Where to address for help in case of violence manifestation?
– Local police inspector;
– Criminal police on children’s affairs;
– Center of social services for families, children and youth;
– Administration for family and youth of regional, city and oblast state administration;
– Civic organizations who render assistance to victims of violence.

Information on phone numbers and addresses of indicated establishments and organizations, and also psychological and legal consultations on combating violence can be received on national hot-line of International Women’s Right Center – La Strada Ukraine 8 800 500 33 50 (all phone calls for Kyivstar and MTC mobile operators are chargeless); (+38 044) 205 36 94 (for calls from Kyiv and abroad); 386 (from mobile phones for Kyivstar and MTC operators). More information Консультації електронною поштою: info@lastrada.org.ua 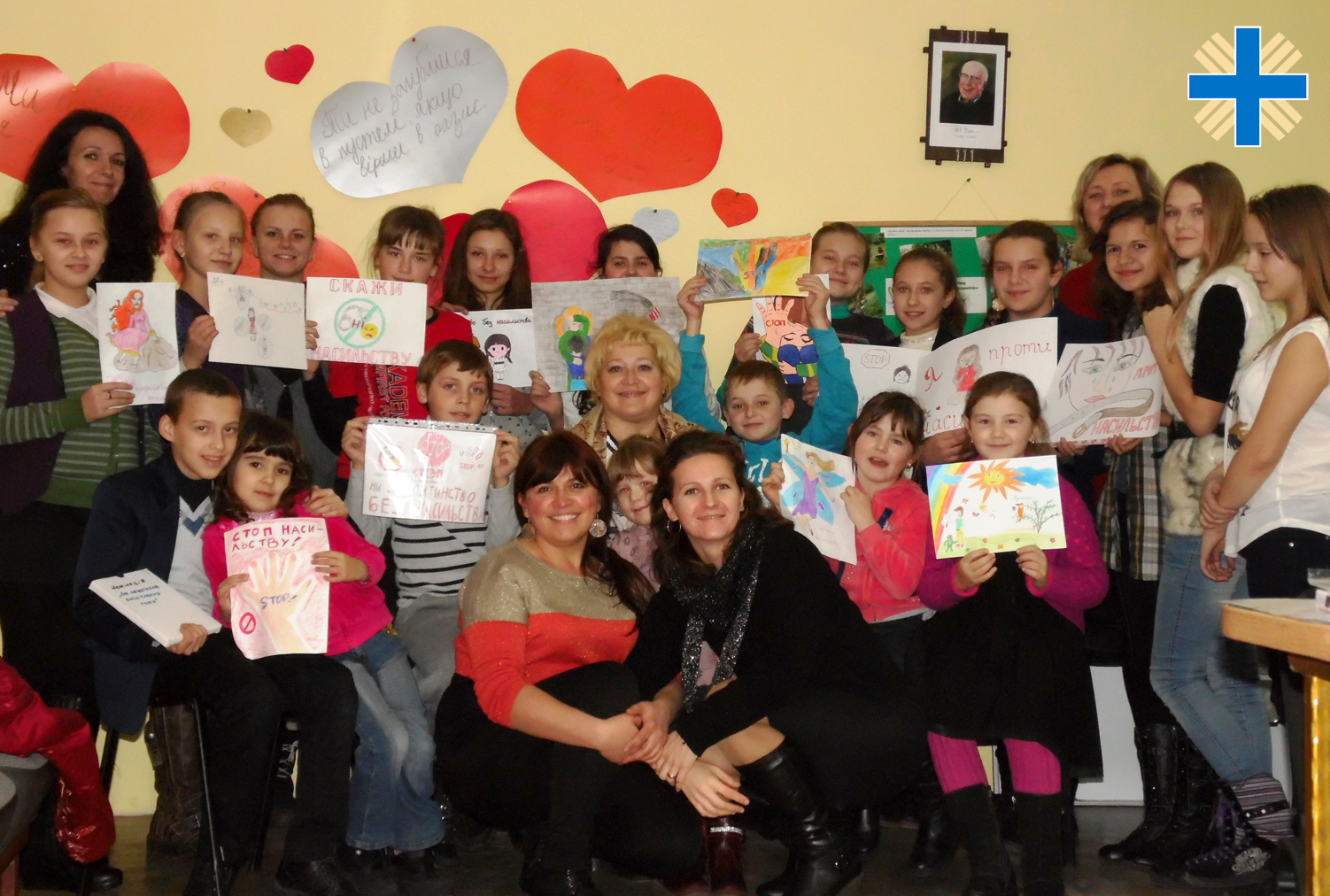