Why do we drink alcohol and what is alcohol addiction?

05.06.13, Ukraine
With every year destructive power of alcohol is increasing in Ukraine and in the world. It provokes the outspread of this problem in the society. The young and the old are suffering from this disaster. If we try to look to the future, we can see a dreadful picture with families ruined, overwhelming problems with health, moral and ethical degradation and great number of other negative consequences. According to data provided by the World Health Organization (WHO) every third person dies from outcomes of alcohol consumption.

Compared to other countries the level of alcohol consumption in Ukraine is higher, even among children. At the moment 40% of Ukrainian children (aged 14-18) have got used to alcohol. Though selling of alcohol to minors is forbidden. That’s why Caritas Ukraine targets its work at prevention and treatment for addicted Ukrainians. Many regional organizations have counseling services for the addicted individuals; decent information support is being rendered.

First alcohol beverages were mentioned in Mesopotamian cuneiform texts (5 thousand years B.C.), though they didn’t put any threat like today. Nowadays, the Ministry of Health Care of Ukraine informs that alcohol addiction takes the third place among causes of death. Official data says there are over 650 thousand people registered with this disorder. However, the number is 3-5 times higher, experts note.

“Alcohol is originated from the word combination ‘evil spirit’ that make both body and soul suffer. Relatives and friends turn away from people who drink alcohol, their soul feels empty, moral values and meaning of live are getting lost, and mistrust to oneself emerges.

Our body can’t avoid damage caused by alcohol. Spirit has impact on all organs and systems. People who consume alcohol in abuse have an aggravation of chronic diseases, deformation of internal organs, decreased coordination; inflammation of the esophagus, stomach and duodenum; fatty liver; diabetes in case of long-term damage to the pancreas; impaired brain function due to destruction of the cells; a tendency to hypertension, cardiac muscle fiber necrosi 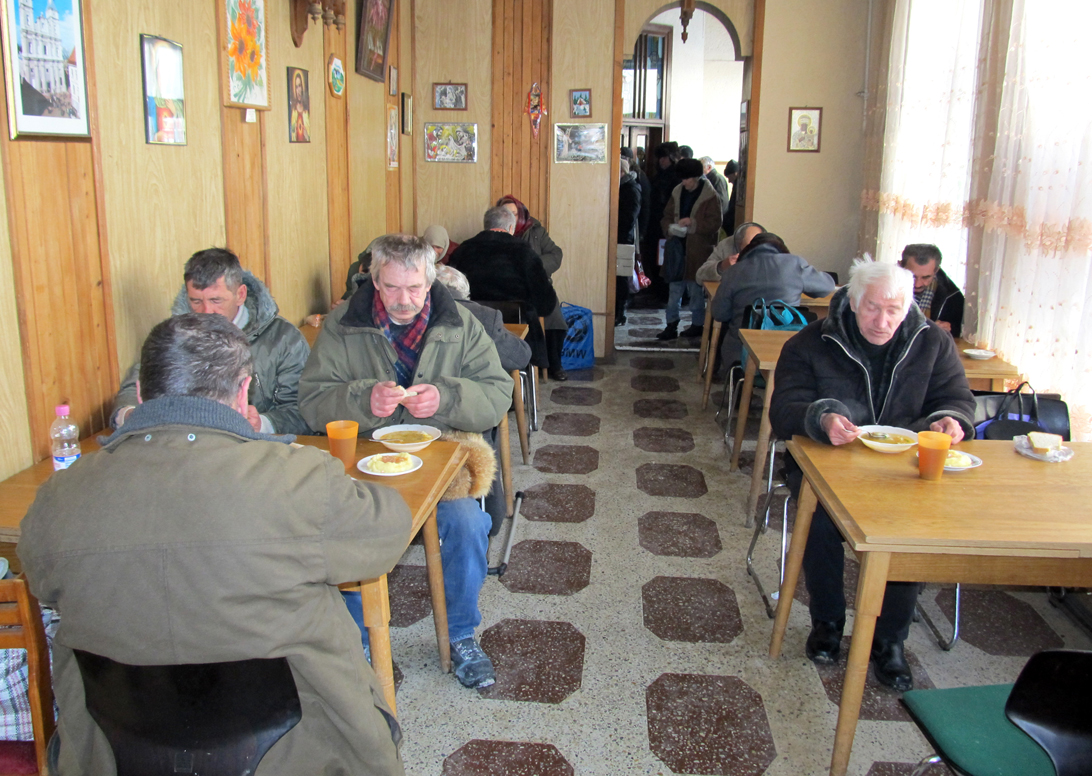 s, obesity and an increase of the heart that leads to its disorder and heart failure, inflammation of the mucous membrane of the trachea and bronchi, premature aging and so on. Alcohol addiction is a serious disorder,” shares his knowledge Fr. Roman Syrotych, Director of Kyiv Caritas.

We don’t have to detach from phenomena of alcohol consumption and decrease its scope. It is obvious that even small doses of alcohol with regular consumption (regular means every day) can destroy person physically, psychologically and mentally. Alcohol is a narcotic poison that first of all impacts nerve cells of the cerebral cortex. Here alcohol concentration is 60-70% higher than in blood. Degradation of mental skills occurs due to saturation of brain with alcohol. Firstly, insomnia, anxiety and fear appear, and then there are disturbing disorders of consciousness, disorientation in time and space, illusions and hallucinations. 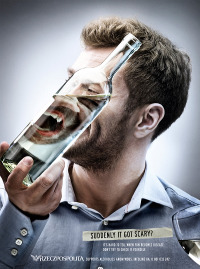 ortality among children whose parents are alcoholics is 5 times higher; and 60% of mental deficiency cases are provoked by parental alcoholism.

“Consuming alcohol in abuse leads to dependence. Christianity, based on the biblical tradition, sees everything positively, as a gift of God. Because everything He created is good. As usual, moderate amounts of alcohol don’t lead to negative consequences, and therefore is neutral. But we should be able to make a clear distinction between the beverage and its consumption. Also it’s important to know whether alcohol available is of good quality.

So why do we put under threat our lives, lives of our family and society? In fact, we all know that alcohol spirits are a major cause of health problems, family breakdown, beatings, violence and robberies, and therefore is a sin and a serious social problem!” says Fr.Roman Syrotych.