Palliative and Hospice Care for those with HIV and Tuberculosis

25.05.12
Recently in Donets’k an international conference was held to discuss issues related to HIV/AIDS in Ukraine and specifically in the Donets’k region. It was called “For Unity, Against Division!” The conference was financed by the Rosa Luxemburg Foundation (Germany), Caritas Ukraine, AVK Sozialprojekte (Germany) and the Donets’k charitable foundation Mist a Centre for Social Development and was supported by the Donets’k State Administration’s agency to fight tuberculosis and HIV/AIDS.

Event participants consisted of two main groups: those who strategically plan and create state programs and leaders of community organizations and those who work in the projects and programs aimed at addressing HIV/AIDS issues.

Even after 20 years of the HIV/AIDS epidemic in Ukraine the infection rate is still high. The epidemic touches every segment of Ukrainian society. “The Donets’k region is one of the worst affected areas and it is a great example of how mechanisms can be coordinated to address the epidemic.

However, there are also a lot of problems in Donets’k in terms of understanding the depth of the problem and in the development of real steps that can be taken to stop this epidemic in Ukraine,” say organizers of the event. 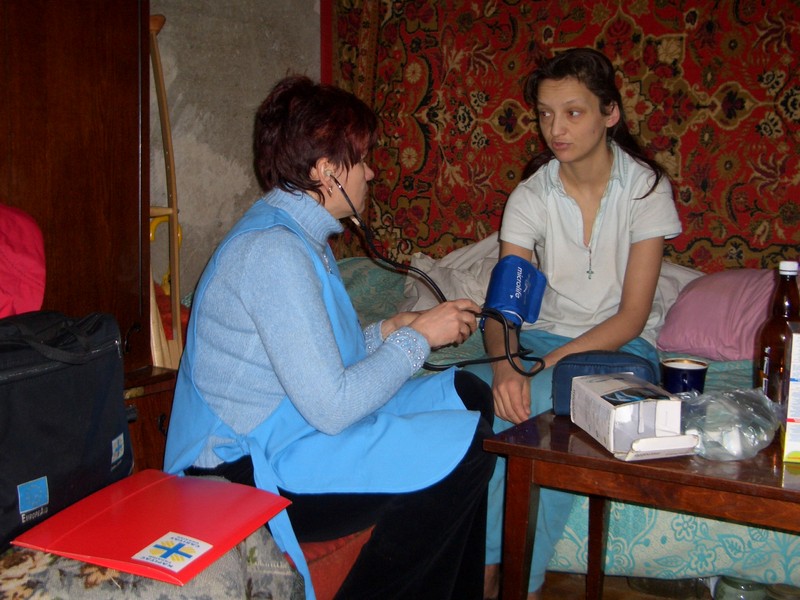 tuberculosis (TB) and how community organizations can contribute to this effort in the Donets’k region.

According to statistics from the Institute of Palliative and Hospice Medicine every year 800,000 individuals die in Ukraine; of them 500,000 require specialized end of life care. This figure includes adults and children with cardio-vascular disease and cancer (30%) and those who are terminally ill with AIDS or TB. Currently however, only 20 hospices function in the country.

Considering there are approximately 25,000 HIV positive individuals we wonder if there are enough specialized establishments to handle this number in Donets’k? What steps are being proposed by community organizations to develop a complex approach to resolve the issue of making palliative assistance available to those with HIV/AIDS and TB? What are the unique features of caring for such patients? Is it possible to reduce the negative influence of this epidemic on the lives of the regions inhabitants?

Dzvenyslava Chaykivs’ka, health care expert for Caritas Ukraine carefully notes: “Why was this conference organized as part of the fig 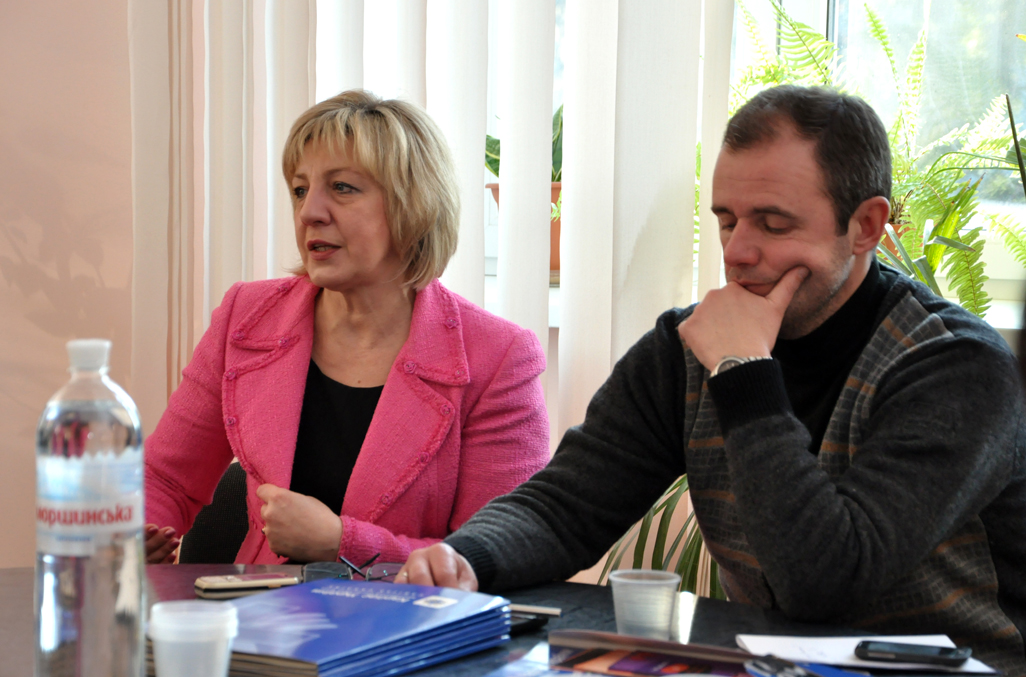 ht against HIV/AIDS and as part of establishing palliative medicine in Ukraine? We noticed that the conference really did increase how familiar people were with problems that people with HIV/AIDs and TB face. It also intensified dialogue and cooperation among interested parties—civic organizations, medical workers, the government and international sponsors which will help overcome the negative effects of the epidemic on the lives of Ukrainians. This is as important as providing social, financial and medical services to those living with HIV/AIDS.”

Organizers believe it is important and symbolic to organize this conference in Donbas because of the high HIV/AIDS rate in that region and because the experience activists in this region have in battling this epidemic most extensive.