03.06.12
This year will mark the 120th anniversary of Yosyf Slipyj’s birth. Yosyf Slipyj was the Patriarch of the Ukrainian Greek-Catholic Church, Major Archbishop of the L’viv and Halychyna Metropolitinate and Cardinal and Rector of the Greek Catholic Theological Academy in L’viv. The year 2012 has been designated as the year of Patriarch Yosyf Slipyj.

Many cities in Ukraine will host a series of events to mark the 120th anniversary of Slipyj’s birth. Events will include concerts, conferences, seminars, and other events. The residents of Novovolyns’k will also host events to honour the life of this well respected Ukrainian.

At the end of May a conference entitled: Yosyf Slipyj’s Accomplishments as an Example of Serving the Ukrainian Nation was held by upper class men and pedagogues from the #2, #3 and #4 schools who participated in the project Psycho-Social Support for Children of Labour Migrants run by Caritas Volyn’ and the local Greek-Catholic community.

The event was initiated by the Novovolyns’k City Council’s Committee on Spirituality, the Director of the Child-Youth Centre Tvorchist’, Novovolyns’k resident Lyubov Kravtsova and Deacon Volodymyr Kmet’, Parish priest of St. Peter and Paul’s UGCC. The Reverend Bishop Yosaphat Hovera Kyr of the Luts’k Exarchate was invited to attend.

The memorial event was opened by Ms. Kravtsova who introduced the Bishop. In his solemn speech, the Exarch, Bishop Yosephat detailed Cardinal Yosyf’s difficult life, described his free spirit and his strong unwavering faith in his Church and Ukraine. His Excellency Yosephat emphasized that Patriarch Slipyj is most likely a hero for all Ukrainians because his life was testimony that he loved his Church and his Country more than his own life.

The Bishop shared an interesting story about when Patriarch Slipyj was a small child. He was very ill and his mother carried him 24 kilometres to the Zarvanyts’ka Miracle Icon of the Blessed Virgin Mary. 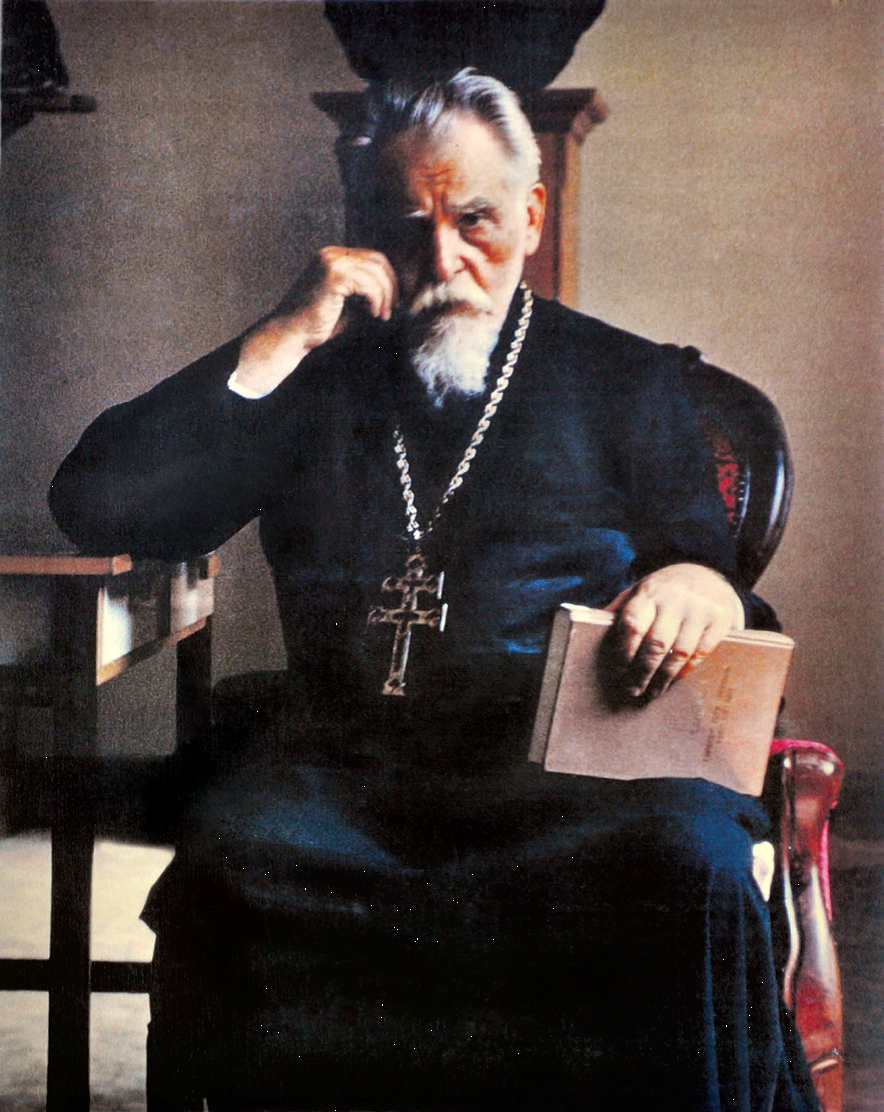 After the journey the little boy regained his health. Bishop Yosephat finished his speech with the following words: “I would like for us to understand, acknowledge and carry forward these things so that the memory of the Patriarch stayed in our hearts forever.”

Thanks to the presentations made by upper class men the audience learned about Slipyj’s life, spiritual activity, arrest and exile. After Slipyj’s return from exile, he united Ukrainians by visiting different Ukrainian communities around the world, building St. Sophia’s Church in Rome, opening the Pope Clement Ukrainian Catholic University. In their presentations, the upper class men drew attention to the three facets of the Patriarch’s life: the first was his faith, his suffering and formidability when professing his faith, the next was his research which played a very significant part in his life, and the third was his determination to see his Church re-established, and to have Her rightful place acknowledged in Eastern Europe and in the entire Universal Church.

After the students’ presentations, conference attendees watched Marta Kolomayets’s documentary filmPatriarch: the Life of Yosyf Slipyj which is based on the memories of some of the UGCC’s most prominent members. Thanks to the film viewers were better able to understand who Yosyf Slipyj was, “whose life was permeated with his love of God, the Church and the Ukrainian people.”

More events to commemorate the Patriarch’s 120th anniversary will be held in Novovolyns’k in October. In the Fall a pilgrimage is planned to the village of Zazdrist’ in the Ternopil region where Slipyj was born and raised; they also plan a large concert to include spiritual leaders, historians, community activists and researchers who are studying the life of the Patriarch.