The Kyiv Dialogues are a non-partisan, independent initiative which emerged out of German-Ukrainian civil society. The Kyiv Dialogues are committed to a united, open, democratic and free Europe. Their goal is to create a peaceful and democratic coexistence for European nations and to strengthen European unity by intensifying the dialogue between individuals that shape public opinion.

Migration to and from Ukraine is not a phenomenon that emerged in the past two decades. At the end of t 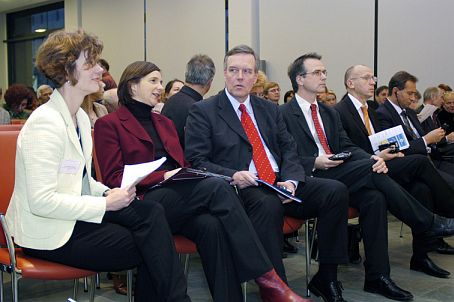 he Second World War, there was a large volume of people migrating throughout Central and Eastern Europebefore Europe was divided. Does Europe have a consistent and promising migration policy for Ukraine that goes beyond discussing visa issues?

What do Ukraine’s migration policies demand? Do politicians from the EU and Ukraine address the complicated problems of people affected by migration, here and in the EU? What changes can be made in the places where migrants originate from? The attendees at the Kyiv Dialogues conference in Berlin tried to answer these questions.

Bishop Yoseph Milyan, Bishop-Assistant from the Kyiv Arch eparchy of the Ukrainian Greek-Catholic Church gave a speech entitled: Migration as a challenge for Politicians, the Church and Civil Society and Andrij Waskowycz, President of Caritas

Ukraine spoke at the section called: People at the Centre.

The Kyiv Dialogues strive to help build a network of young experts from both countries to make short and long term plans and to commit to intensifying relations between Ukrainian, German and Europe. They raise important civic and political issues in Ukraine and Germany and then make them the topic of constructive dialogue. Organizers pass along their conclusions to the leaders of their respective countries who hopefully go on to implement changes in civil society based on the recommendations.

It is important to note that after the European Union spread eastward, Ukraine became the EU’s second most populated neighbour after the Russian Federation; it also has the longest common border 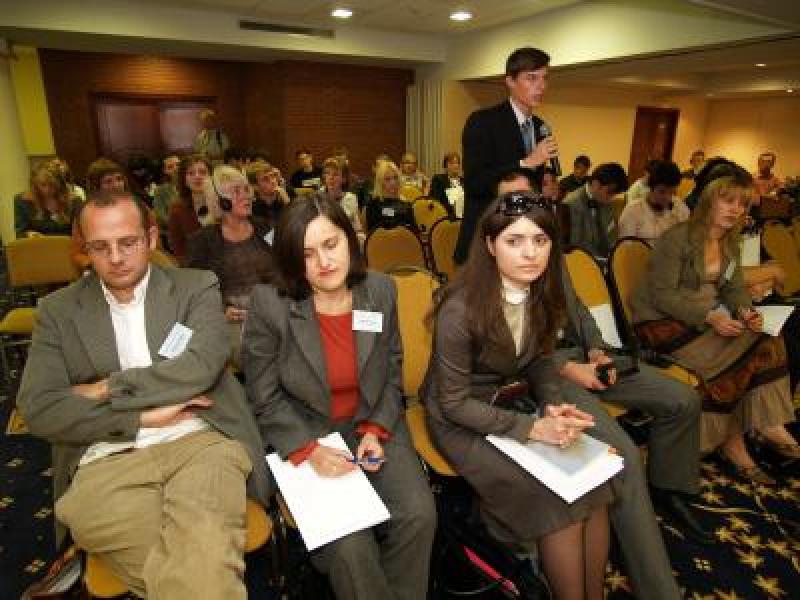 with the EU. The geopolitical situation in Ukraine is greatly influenced by its location between the EU and the Russian Federation. This creates migration in both directions.

Ukraine has become a transit country for migrants, while remaining a country of origin and destination. Ukraine’s migration policies are still in the early stages of formation. There are an insufficient number of state and civic structures that offer assistance and develop the potential of migrants. Modern society demands a change in the visa and migration policies of both the EU and Ukraine, say organizers of the Kyiv Dialogues project.