24.10.11
A student initiated Caritas Ukraine project was started in September; it was named Social Integration of the Mentally Challenged. It was the brainchild of Maryana Monych, Olena Kulyas, and Nataliya Havrylyuk, Social Work students from the National University L’viv Polytechnic and is supported by the L’viv Educational Foundation.

The goal of the project is to integrate the mentally challenged into mainstream society by holding events organized by students—visiting cultural establishments, going on excursions, participating in gatherings for clients and their parents in L’viv, recreating and enjoying various forms of entertainment together.

A much awaited trip took place on 13 October; mentally challenged clients and their parents 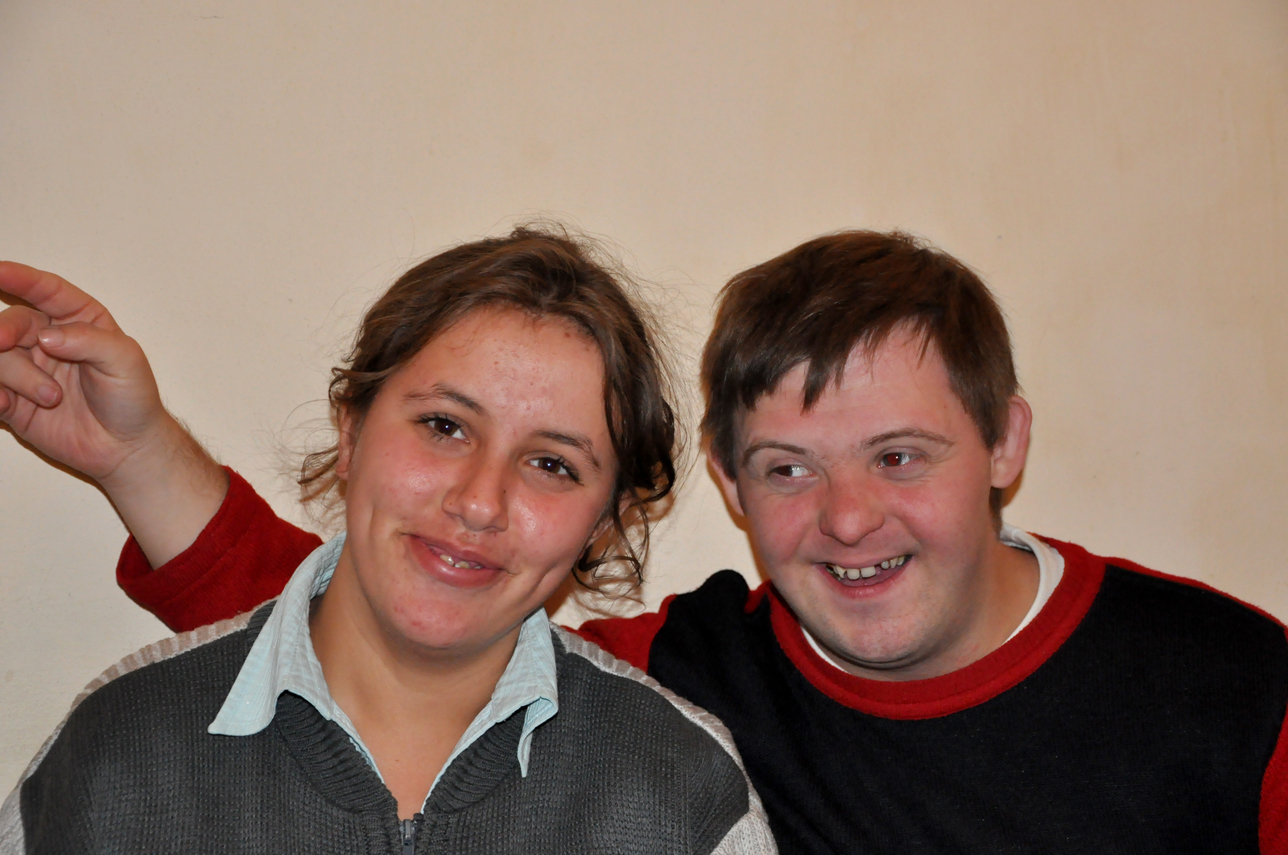 from Caritas branches in Striy, Ivano-Frankivs’k, and Drohobych travelled to L’viv. Almost 90 individuals, including clients, their parents, and volunteers joined in the event.

The day was very interesting and packed. They gathered near the city council building on Ploshcha Rynok (Rynok Square). There was no limit to the joy seen on the faces of the clients because they haven’t seen each other for a very long time and were once 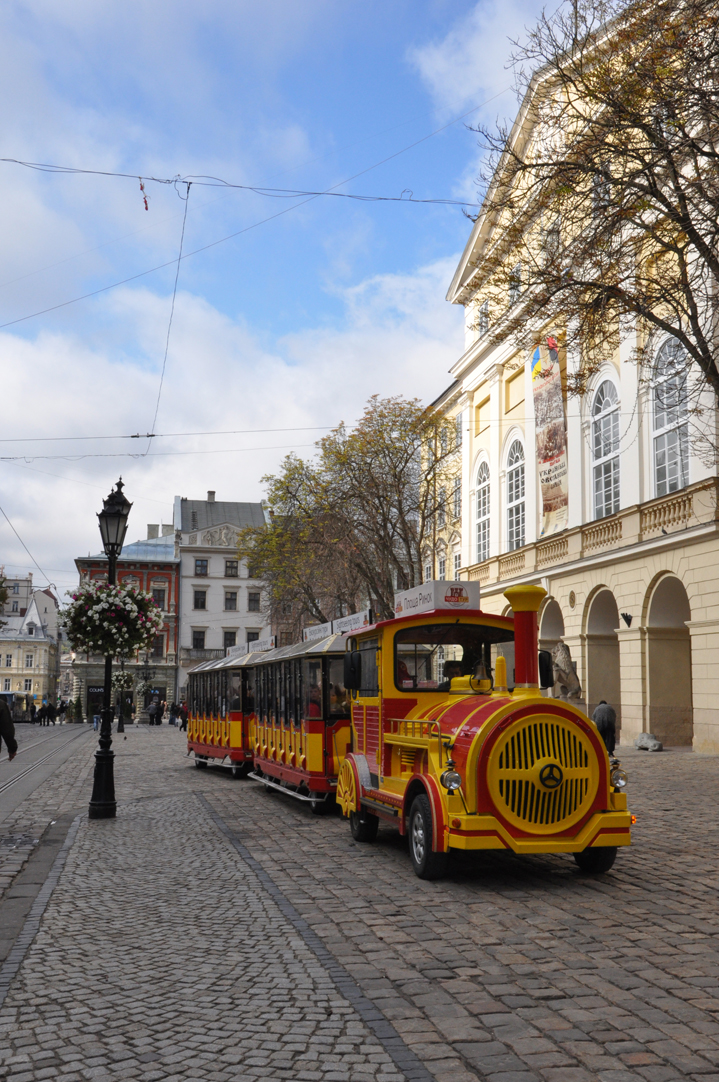 again able to share their thoughts with one another. The friends welcomed and embraced each other while the students affixed name tags to each participant and introduced themselves. At 11am they embarked on an excursion of L’viv in a special train.

For those from Striy and Drohobych, this was their first such excursion and it left them with many good impressions and memories! L’viv is a mix of many ethnic traditions; the interesting architectural style captivated everyone with its charm and authenticity. The excursion through the city was made possible thanks to Chudo Tour, owners of the story-book train that tours the city with visitors.

The terrific day continued thanks to Markiyan Ivashchyshyn, Director of the youth organization Dzyga who invited the group to lunch at the Kvartyra 35 Restaurant on Virmens’ka Street. During lunch, L’viv artists invited their guests to participate in their project called “From Roman’s Day to the Feast of Jordan.” The artists explained the project and invited t 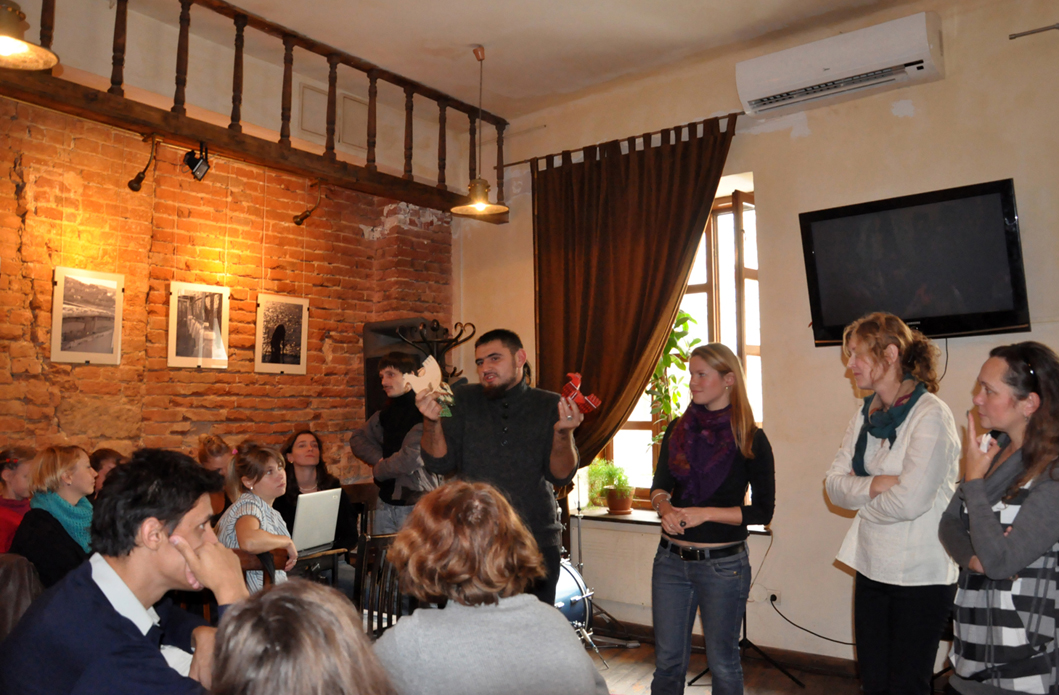 he mentally challenged to join them soon in creative workshops dealing with clay, ceramics, textiles, and writing icons.

Olya Kravchenko, the “From Roman’s Day to the Feast of Jordan” project leader says: “We would like to make Christmas in L’viv truly all-inclusive! Artists and the mentally challenged will infuse their own style and design into their works, along with their feeling and vision of the Christmas holidays. With permission these works can be displayed and sold in L’viv cafes and galleries.”

At the end of the fine day, the group visited the Young People’s Theatre to watch a performance of Oliver Twist.

According to Lyudmyla Sukharyeva, leader of the Caritas Ukraine project Network of Centres for Recreation and Social Adaptation for 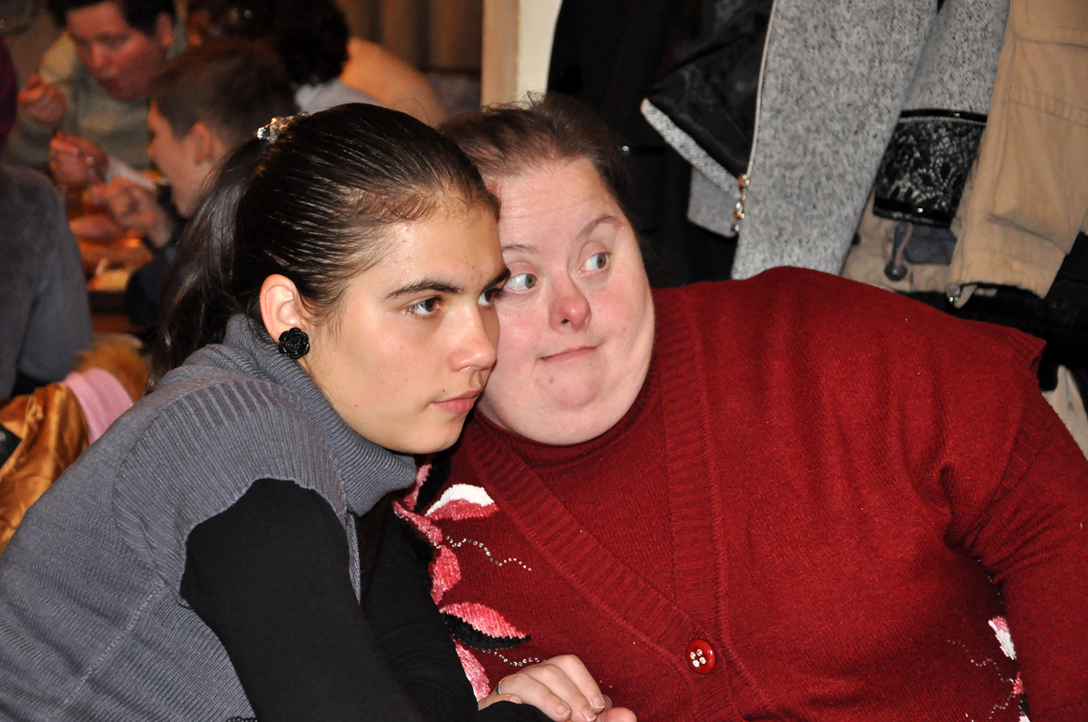 the Mentally Challenged:”holding gatherings that include young people from various centres is very important. An important element of integrating the mentally challenged into mainstream society is their active participation in the life of society and being seen in public places.

This helps not only the public to accept the mentally challenged among them, but encourages a tolerant attitude towards them. In the same way having the young people meet their peers from other centres helps them socialize, and understand that they are not alone in their predicament.”