The slogan of Caritas Europe Regional Conference, held in late May in Lourdes (France), was: United in Fraternity for More Solidarity in Europe.

This time, the traditional place of pilgrimage gathered more than 300 representatives of Caritas from 42 European countries. The uniqueness of this meeting is that for the first time it involved not only the heads of national Caritas organizations, but also those who implement programs of assistance to people in need directly: social workers, volunteers, and those who felt Caritas’ help in their difficult times – migrants, IDPs, and people with special needs. They all gathered to create a strategy of Caritas Europe 2020, to find mechanisms for its implementation, and to formulate a common vision for ending poverty, social injustice, exclusion, conflict, violations of human rights and xenophobia – problems that challenged all modern Europe. 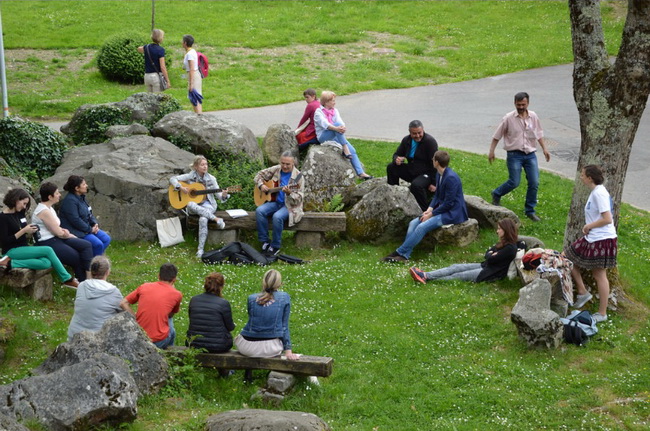 Ukraine was represented by Caritas Kyiv, Khmelnytsky, and Drohobych: Olena Feday, Dmytro Kozlovsky, and Lyudmila Smolen’. They brought with them their wards: Oksana Shcheka, Maria Bukavyn, and Erwin Abibulayev. The story of each of them is an example of how selfless work of Caritas Aid managers changes lives and helps to believe in ourselves. Voice of these people was heard in Europe. Most important is that voice of Ukrainian people was heard too, and they need so much support and understanding.

For Caritas, it is very important to involve ‘low-level managers’ in the decision-making process. It is not only an opportunity to tell the wider European public about the problems of the needy in Ukraine but also to inspire people for social activities and social work. Thus, Caritas relates not consumers, but active citizens who are able to change the country. The conference is an example of practical implementation of this approach. 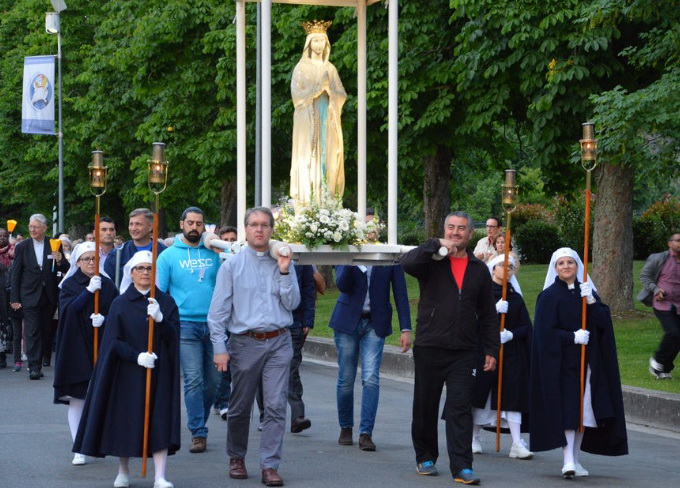 “Our trip to Lourdes I will remember for the rest of my life. Thanks to a global network of Caritas organizations, I received a chance to meet people. As for me, it was very important to learn about their experience. During the solemn celebration of the 70th anniversary of Caritas France, I had the honor to carry the statue of Our Lady. It was then I realized that no matter what language you speak, it is our common goal that matters – to be merciful! I am very grateful to Caritas Ukraine for the opportunity to participate in the conference,” – shares his impressions Ervin Abibulayev from Caritas Khmelnytsky. 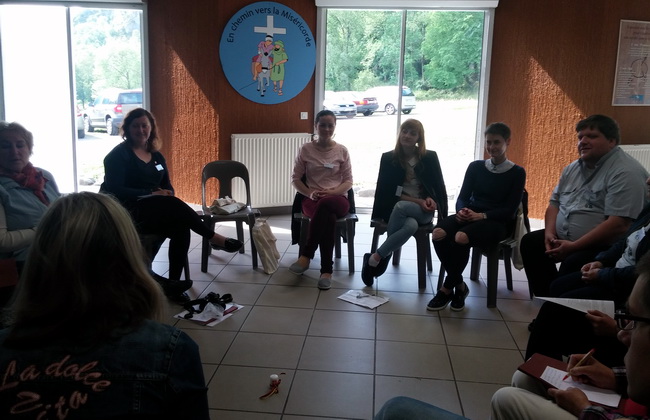 “At the conference, I had an opportunity to feel the real power of Caritas community, and to know the living history of its activities and achievements. Each of the four days I had a great chance to make contacts and create shared vision that can minimize the problems of European society, overcome barriers of language and traditions. I was most impressed with the conference venue. Lourdes is a glorious city full of hope and faith of pilgrims from around the world. It is an inspired spiritually place. The structure of the conference reminded skillfully coordinated mechanism where each participant had the opportunity of spiritual sharing in small fraternities; of forming solutions to the problems in working groups; and presenting our opinion by voting at general meetings. I sincerely thank everyone who has contributed to giving me such an opportunity. It changed me, expanded my life views, and formed a direction for my future development,”- said Olena Feday, a social worker from Caritas Kyiv.

The conference made a lasting impression on Olena Shcheka, ward of Caritas Kyiv: “With this trip, I realized that Caritas is an organization that deals with key issues that are important not only for specific city or country but Europe in general and even for the world. For me, it was a chance to take a different view on this process. I talked with many people and presented my point of view. I realized that they not only listen to me but they actually hear me and pay attention. It is hard to describe my impressions. I feel so many emotions. It was my first travel abroad. I joined such a major event for the first time in my life and even had a chance to visit Paris and Lourdes. Now I understand that together we can do a lot.”

Live stories of our Ukrainian participants

Ervin Abibulayev is Crimean Tatar, born in Uzbekistan, while his family was deported there. He returned to his homeland only in the late 80s, and built a house near Kerch. He married there, and his children Alan, Rinat, and Emil were born there. The family had a small family farm – they were raising cattle and poultry, selling meat and milk. Business went well (they had 20 dairy cows, 100 pigs, and 500 chickens at the farm). But in 2014, after the Russian invasion, Erwin and his family were forced to leave the peninsula and move to mainland Ukraine. Ervin refused to take Russian citizenship, so he began to receive phone calls with threats, he felt constant psychological pressure, he was arguing with his friends and neighbors… Eventually,  the family found itself in the village Luhove, Yarmolynetskiy district of Khmelnytsky region.

At present, the family is settling in a new place. For now, eight people are living in two small rented rooms, but they’ve started to raise cattle and grow corn and beans. They dream to build a large house for the whole family. Ervin is not giving up – he is not only reviving his own business but also helps to develop the village, so villagers expressed their trust by electing Ervin to the village council. The last two years Caritas takes care of the family by helping children and supporting and consulting adults.

Oksana Shcheka is 20 years old. For the first time, she came to Caritas Kyiv in 2008. She attended various workshops; in two years she became an active member of the football team, which won a nationwide competition of street football. Now her two younger brothers visit Caritas center. Oksana has graduated, but cannot imagine her life without Caritas. Now she coaches the football team and works as a volunteer with Caritas’ wards, including children of IDPs from Eastern Ukraine.

“Thanks to Caritas I’ve learned to live. I’ve realized my responsibility for my own actions only; I am not responsible for actions of my parents. I care very much about my family. I want to share with my brothers what I’ve learned in Caritas for them to have the same support, “- says Oksana.