06.1.11
On 22-23 November the Social Days of the Ukrainian Greek Catholic Church (UGCC) were held in Odesa. The Odesa-Crimean Eparchy of the UGCC and Caritas Odesa UGCC were joint organizers of the event. On 26 November, Social Days were celebrated in Donetsk.

Social Days [earlier called Social Week] is an open forum for hundreds of people which is organized to unite representatives from various Christian churches and organizations and all people of goodwill. Social Days is the first attempt to unite representatives from religious and non-religious organizations with eminent individuals from governmental, business, educational, scientific, and cultural spheres in a public discussion of local and national social issues in the post-soviet space.

The Social Days program is ecumenical and inter-denominational. Throughout the five year history of this annual event, round tables, discussions, and conferences have been utilized to discuss pressing social issues in Ukraine. Solidarity Events also accompany Social Days; they organize visits to prisons, orphan 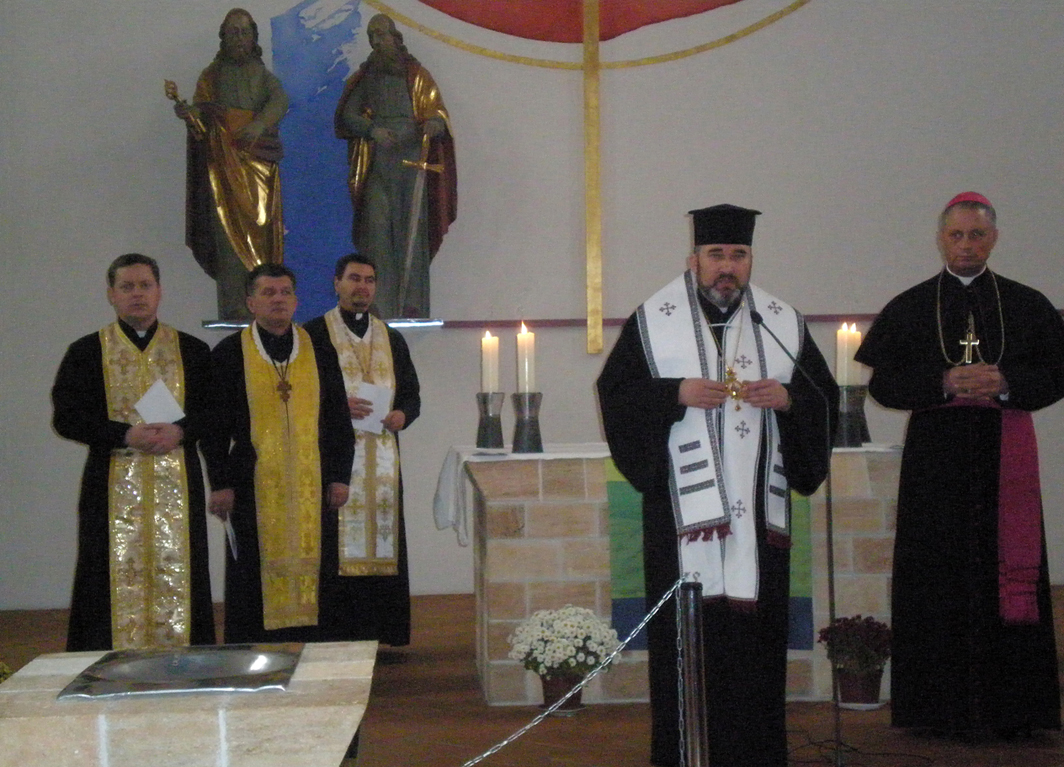 The main issue discussed at this year’s Social Days was Human Dignity and Civil Society. This topic drew representatives from many Christian denominations and community organizations in Odesa to the Lutheran Cathedral of St. Paul.

The meeting started with a joint prayer and a blessing from religious leaders. During the conference the following individuals made presentations: Bishop Vasyl’ Ivasyuk, Bishop of the Odesa-Crimean Eparchy of the UGCC, Bishop Bronislav Bernads’kyy of the Roman Catholic Church, Pastor Andriy Hamburg of the Lutheran Church, Fr. Ihor Shaban, organizer of Social Days of the UGCC in Ukraine and moderator of the round table, and Fr. Vasyl’ Kolodchyn, Director of Caritas Odesa. 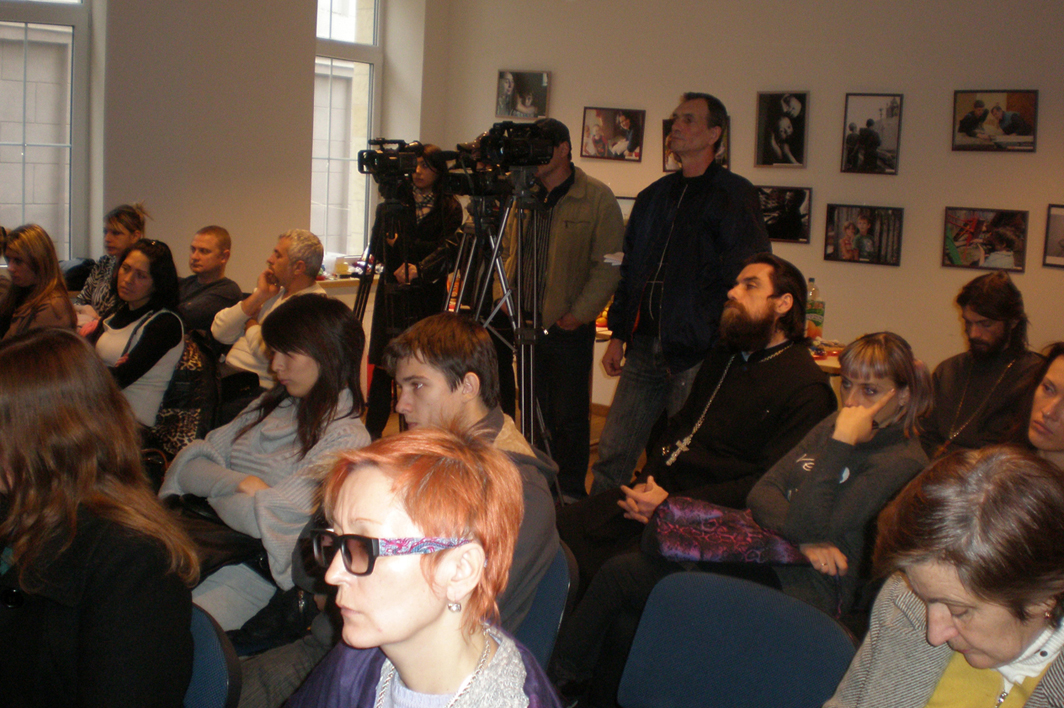 “It was also important that students and teachers from the Christian Humanitarian-Economic Open University participated in the round table because they are also concerned about the problems of society, the value of human life and understanding their place in this society. We can hope that Christian values have taken hold in rich hearts and will soon offer a harvest,” said the Director of Caritas Odesa. A bazaar put on by community organizations who work towards improving human dignity and supporting and advocating for the most disadvantaged members of the community in Odesa was held during Social Days.

An exhibit of photographs was displayed at the Cathedral of St. Paul (German Lutheran Church). It was entitled: Human Dignity—Our Perspective. It included photographs of individuals of different ages. Raw moments of their lives were captured and left unenhanced.

The exhibit showcased the best photographs from photographers from 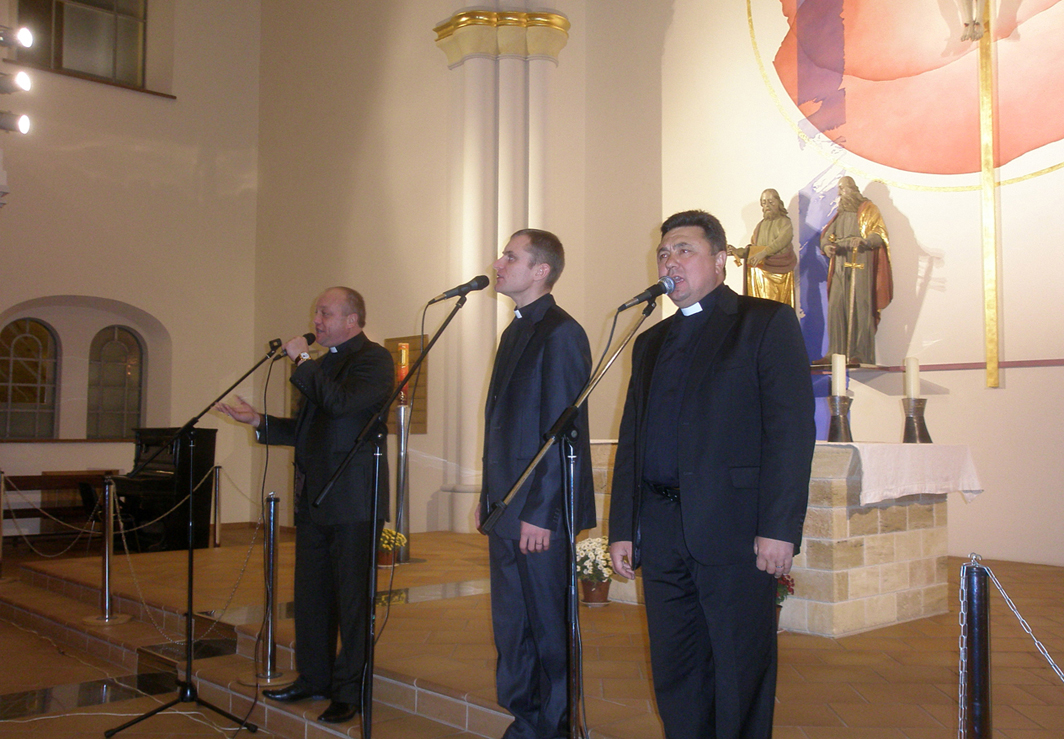 various corners of Ukraine. It hoped to activate the community and to encourage visitors to try to understand and re-create one of the most valuable Christian characteristics of humanity—human dignity. There were over 50 photographs displayed in the exhibit.

Social Days in Odesa ended with a performance by Novyy Chas (New Time), a vocal trio composed of a new line-up of priests. They elevated human dignity, as a gift from God with their songs and called on those gathered to remain true to these convictions. During the free concert they raised funds to buy St. Nicholas Day gifts for the region’s HIV infected children.