Over 6.500 persons affected by humanitarian crisis will receive assistance within a new program of Caritas Ukraine

22.07.2015, Ukraine
In the response to an influx of internally displaced people who fled a military conflict in Eastern Ukraine, and negative impact this violence had on households on this territory and areas now hosting IDPs, Caritas Ukraine launches a seven-month emergency program to support 6.500 people in need (IDPs, local population) in Donetsk, Luhansk, Kharkiv, Dnipropetrovsk and Zaporizhia oblasts.

The goal of a new program is to provide assistance for basic needs and adequate shelter for conflict affected households in Eastern Ukraine.

The action will have two main components:
1) Multi-purpose cash transfers to cover food and other basic needs for 2.250 persons on government controlled areas (GCAs). Most vulnerable persons will receive cash transfers of €15/person per month for a period of 3 months.
2) In-kind food assistance with a value of €20/person for 4.500 families on non-government controlled areas (NGCAs) or where transfers are not possible. The content of a food package was arranged according to the Food Security Cluster recommendations. Areas outside government control: distributions will be done as long as Ukrainian legislation permits.

The project aims at supporting vulnerable conflict-affected households who fall under the following selection criteria (Food Security Cluster recommendations):
– households without any regular income (unemployed/not receiving social payments);
– households not receiving regular food aid;
– households eligible for social benefits but unable to receive them due to the crisis; 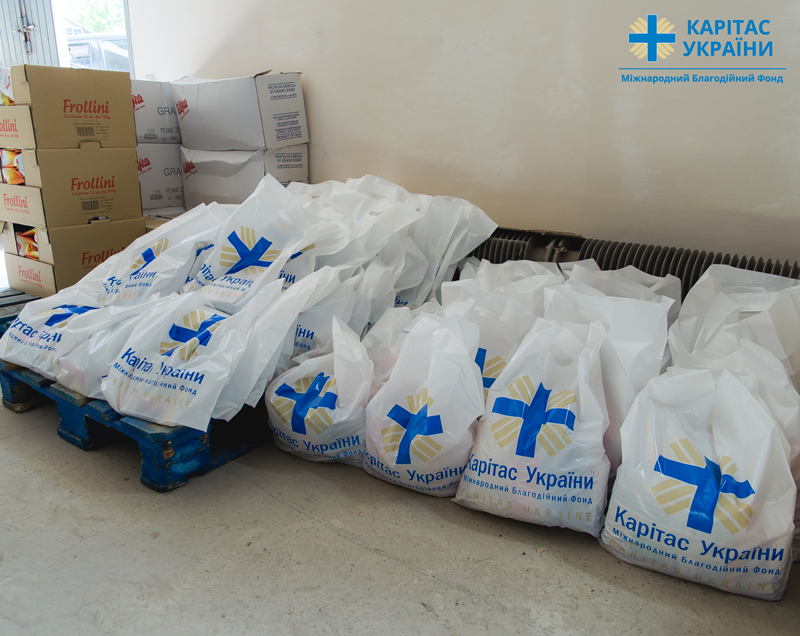 Starting April 2014 Caritas Ukraine has been rendering help to over 80.000 needful people in 12 oblasts, over 66.000 persons affected by humanitarian crisis will receive help within new projects that were launched in spring this year. More than 500 devoted employees and volunteers are involved in such activities. Day by day they are trying to find new ways to feed the hungry, give water to the thirsty, and provide shelter to pilgrims.

Hryhoriy Seleshchuk, program coordinator, informs: “It has been decided to provide cash-based assistance with any specific conditions and limits on the use of resources as monitoring data from ongoing projects show that a considerable amount of the funds are spent for food and medicines indicating that these basic needs remain a priority, even though some funds were supposed to cover mainly shelter needs.

Depending on their personal preparation and networks IDPs used cash transfers during the winter months also for winterization (heaters, blankets, winter clothes) and payments for accommodation and utility costs.

The majority of families indicated that their primary need was food, the secondary need was winter clothes and boots. Registered beneficiaries asked specifically about housing conditions, 92% mentioned that they can’t afford paying utility bills.

There are beneficiaries specifically targeted through in-kind distributions as they are in NGCAs or areas where the banking system is not working. The majority of them are elderly who refused or couldn’t leave conflict zones. If legislation forbids us to operate 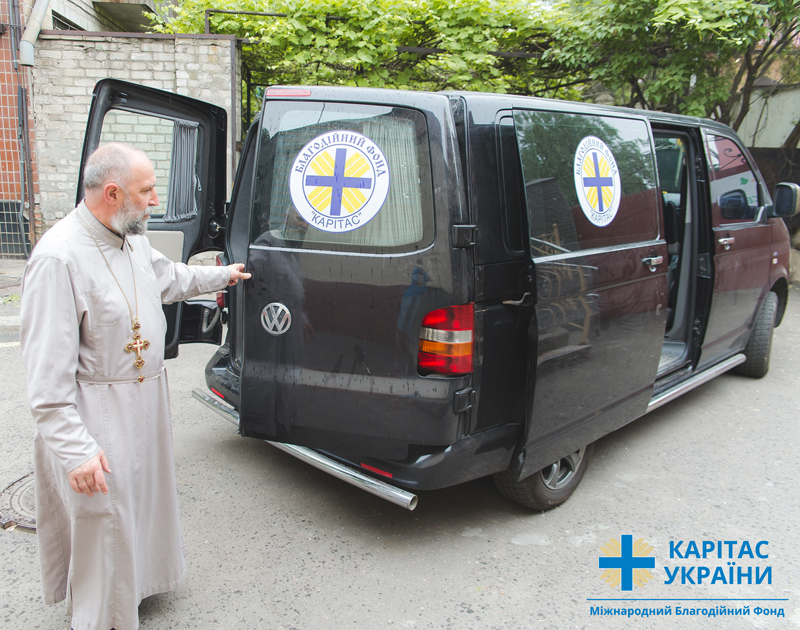 in the areas outside government control, distributions will be organized as close as possible to the borderline between NGCAs and GCAs to reach persons who are able to move between these zones.”

The program is financed by ECHO and Caritas Austria and will be implemented in partnership with NGO “Miloserdie Luhansk”.