In April, young benefactors from schools of Ivano-Frankivsk and Krykhivtsi, and students from Ivano-Frankivsk University of Oil and Gas gathered more than 300 kg of food. Today it was delivered to the soup kitchen of Caritas Ivano-Frankivsk. All of participants with a joy supported the charity campaign “1 kilogram.”

Traditionally, during the time of Great Lent Caritas Ivano-Frankivsk supports various campaigns for collecting charity donations for the soup kitchen. Daily this kitchen feeds more than 130 people, among them lonely, elderly, disabled, homeless, low-income and large families, and young people with intellectual disabilities. For many of them it is the only way to eat a hot meal, for others – a great material support.

The action started in early April in Ivano-Frankivsk National Technical University of Oil and Gas with a presentation of Charitable Foundation “Caritas Ivano-Frankivsk UGCC”. Student Parliament supported the initiative of Caritas in the time of Lent to organize a charity campaign “1 kg” in schools and collect food for the needy of the soup kitchen. Students made leaflets and distributed them in University buildings and through social networks. 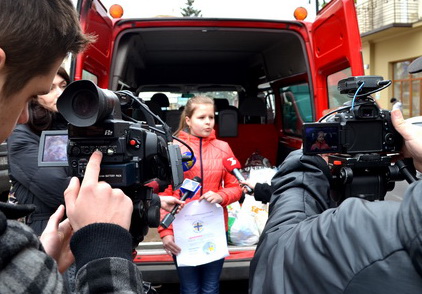 Children from 7th and 28th secondary schools of Ivano-Frankivsk and Krykhivtsi are volunteers at the Caritas School of Good Deeds. They take part in various workshops and socio-psychological trainings aimed to prepare young volunteers for social service. Thus, children volunteers distributed information about the charity campaign “1 kg” among students, encouraging their schoolmates to donate to the poor and disadvantaged people 1 kg of cereals, sugar, flour or other foods.

Caritas gives sincere thanks to all the benefactors who joined the charity campaign “1 kilogram” in time of Great Lent. They shown a good example to others and shared tradition of charity among children and student youth. Each kilogram of donated food is a sign of warm concern and love to all our neighbors who find themselves in difficulties. 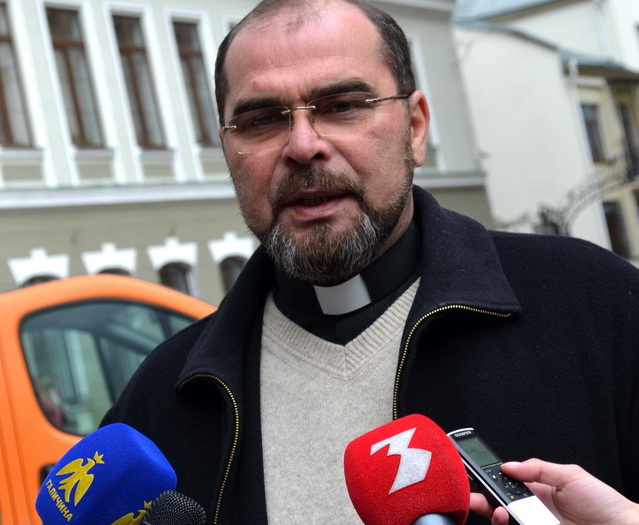 “Today we see how children can respond to the needs of our neighbors. This year was declared the year of Mercy, and it must be manifested not only in the forgiveness of our sins, but also in works of mercy in action. The contribution of students and pupils may seem insignificant, because kilogram is not so big weight, but it is a great example of a long way consisting of small steps of charity which are easier to overcome together,” – said Director of Ivano-Frankivsk Caritas Father Volodymyr Chorniy.