30.04.12
Many people are aware of human trafficking because of various announcements they see in the press. Few however realize the magnitude of this problem and the fact that it can happen to them. To evaluate what young people know about human trafficking, the Ivano-Frankivs’k Caritas conducted a survey among 22 9-11th grade students from the Regional Orphanage-School and 64 students from the Orphanage-Lyceum for the Gifted from rural areas at the beginning of April.

Analyzing the responses of upper class men from the Uhornyts’kyy Orphanage, who will reach the age of maturity and leave the orphanage in the upcoming days, we realized that most of them are unaware of the danger and risks of human trafficking. Most of the children heard of the phenomenon, but feel that it is an issue that doesn’t touch their lives. They believe that it is a problem that previous generations faced in other countries.

Students named money, alcohol, recreational drugs, gambling, prostitution, debt, unemployment and forced marriages principal reasons for human trafficking; only one person cited ignorance of the law as a reason. 10 respondents couldn’t answer the question at all.

The International Organization for Migration (IOM) confirms that in the 20 years since Ukraine gained independence, over 110,000 citizens have suffered from human trafficking; the m 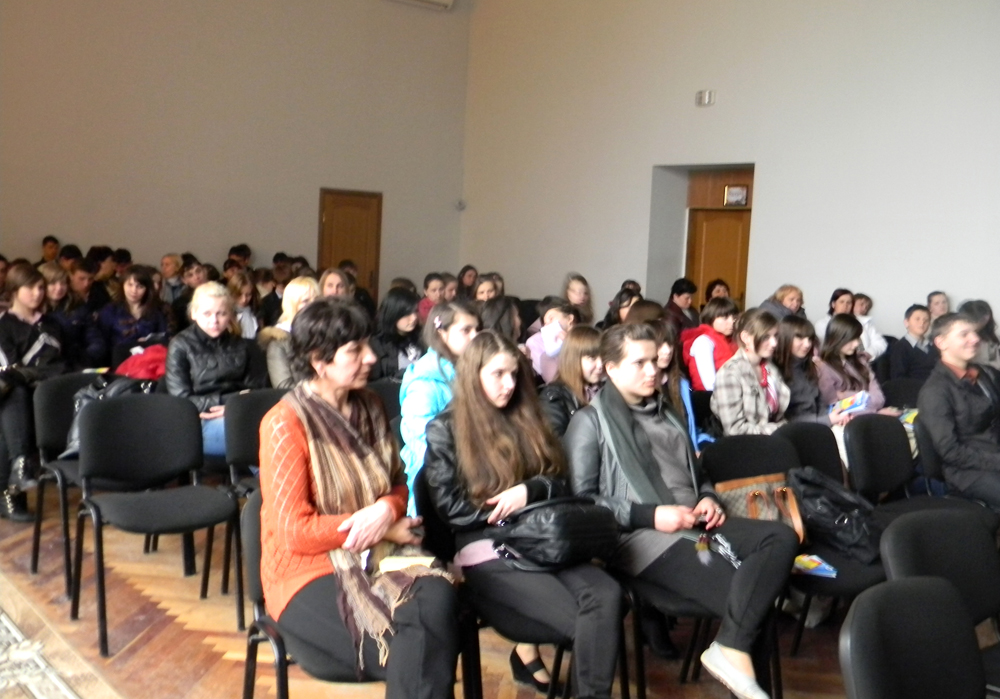 ajority of the victims are from the Eastern part of the country. Other researchers published data stating that since 1991, up to half a million Ukrainian citizens were sold abroad. The Organization for Security and Co-operation in Europe (OSCE) reports that over 30,000 people become victims of domestic human trafficking annually.

Answers given to the question “How does a person become a victim of human traffickers?” were alarming. Only a minority of respondents could identify situations that could lead to individuals falling victim to human trafficking. Once in the hands of traffickers, men and women are forced into prostitution, forced labour or bondage. 12 students couldn’t answer this question. 12 of 22 children know that a visa gives a person permission to travel abroad and that Ukrainian citizens apply for visas at Embassies and Consulates of destination countries that are located in Ukraine; the rest believe that visas can be obtained at Ukraine’s Ministry of Internal Affairs.

Only one respondent felt that it was important for a work address to be included in an employment contract. In response to the 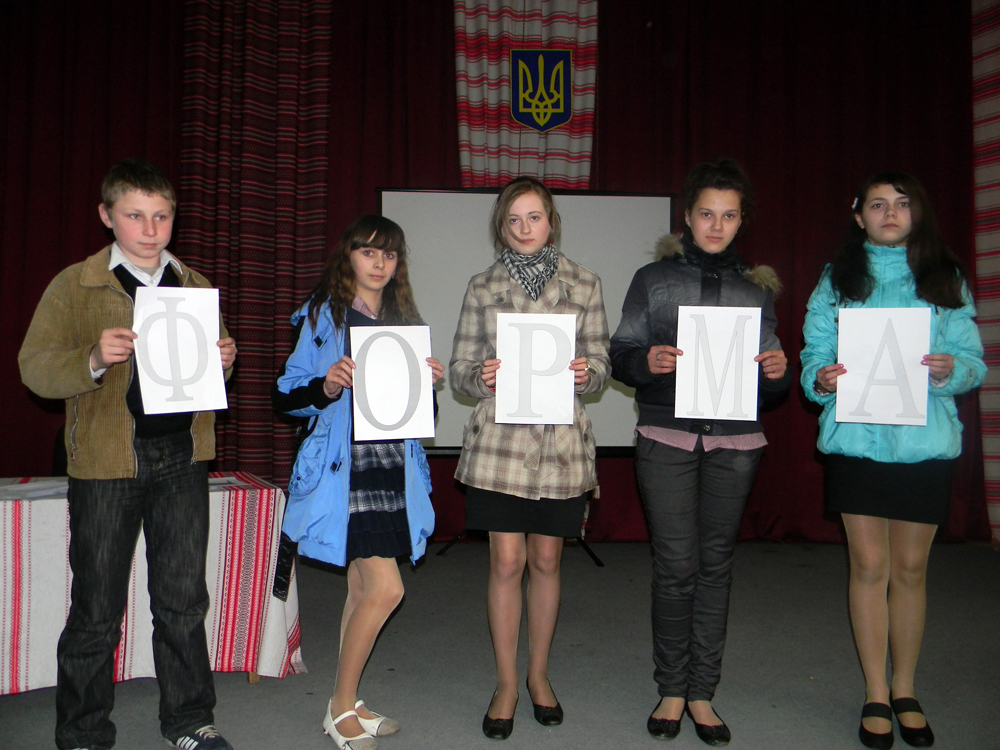 question “What should be indicated in a work contract?” Two indicated that salary should be indicated and three felt that work conditions should be outlined; the remainder weren’t aware that an employment agreement or contract was needed for an individual to work abroad legally. 15 respondents couldn’t name a single document that might be needed in order to obtain a student visa; 4 answered that an international passport was needed and 3 indicated school transcripts. 15 children answered ‘I Don’t Know’ when asked what they should do before travelling abroad. This was alarming and demands action; only 4 respondents felt it was important to leave a contact address with family and only 2 felt it was important to have a copy of travel documents with them.

On 10 April, Caritas Ivano-Frankivs’k UGCC joined the youth theatre ART-ACT to hold an informational event they called Say Stop to Human Trafficking. This was part of the We Have the Right to Know More project which was launched thanks to financial support from the Embassy of the USA and the IOM in Ukraine.

Interactive exercises and presentations and the airing of The Dangerous Game were used by Caritas’ social workers to teach of the dangers and risks of human trafficking in an understandable way. They also helped children find answe 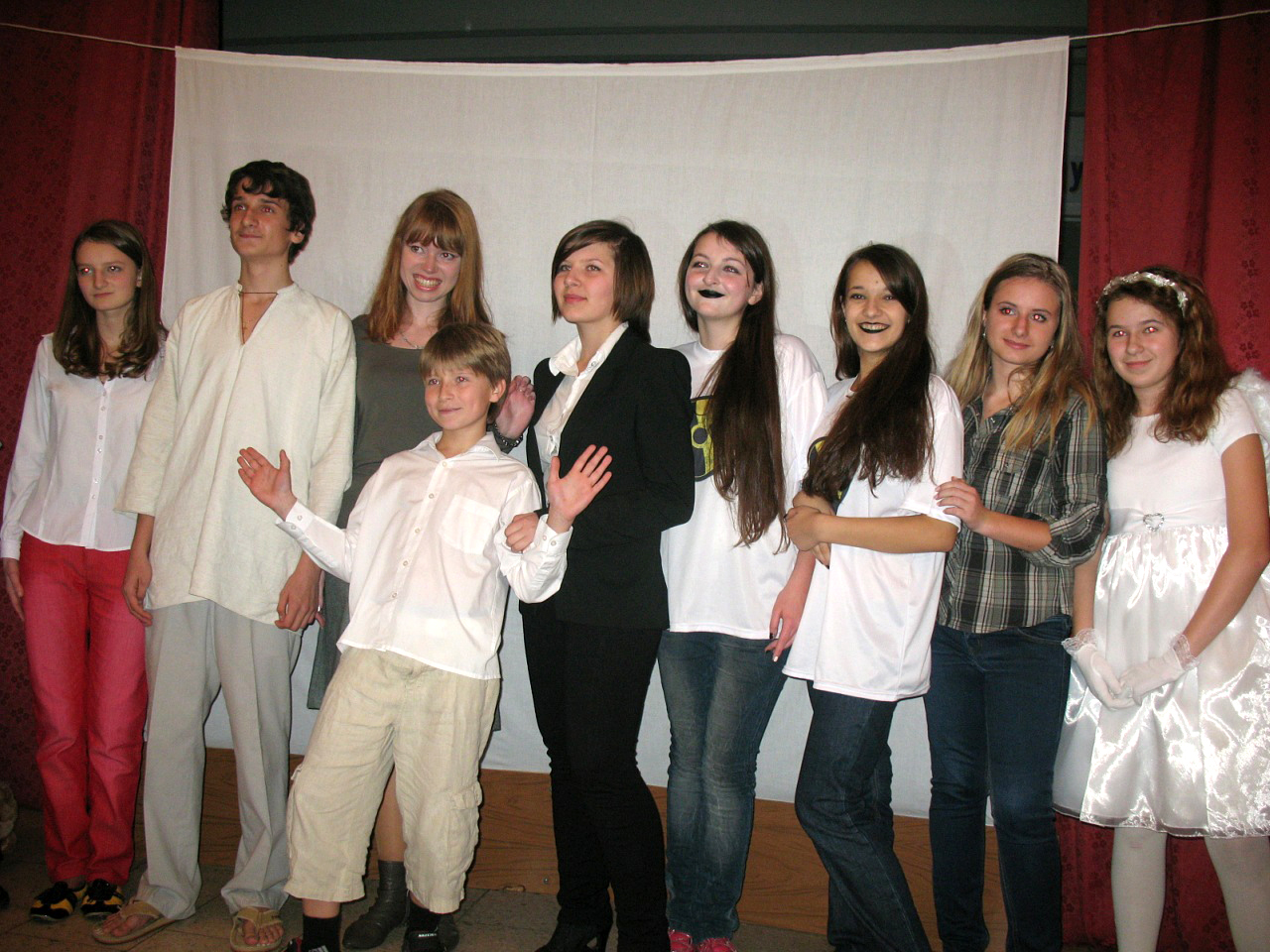 rs to the question “What to do to avoid falling victim of human trafficking?”

Nataliya Kozakevych, Executive Director of the Ivano-Frankivs’k Caritas explains: “Role playing games were particularly effective and interesting for the participants. During the role playing games they had to find ways out of probable risky situations. The social theatre was also a good way to relay information.

A section from Harriet Beecher Stowe’s Uncle Tom’s Cabin was played out by the ART—ACT youth theatre. It demonstrated the urgency of human trafficking. At the same time we were able to convince these young people that their safety depends exclusively on them!”