02.10.2011
“Any new experience is a step forward!” This was the motto chosen by the leaders of the Caritas Kolomiya-Chernivtsi eparchy’s children’s project. All summer children of labour migrants and children from disadvantaged and broken homes went on interesting hikes. During the hikes they had the opportunity to see the rich colours of life and see new picturesque places. One such highlight was a recent, three day hike into the mountains.

Under the leadership of Taras Buchovs’kyy and Nataliya Hryhorchuk eight hardened and brave children, aged 10-16, hiked up Khom’yak, one of the most visited mountain peaks in Ivano-Frankivs’k.

The top of Khom’yak is more than 1600 metres above sea level. The group camped in the valley near the foothills of the Synyak Mountain.

Despite the inclement weather, the children happily ascended the 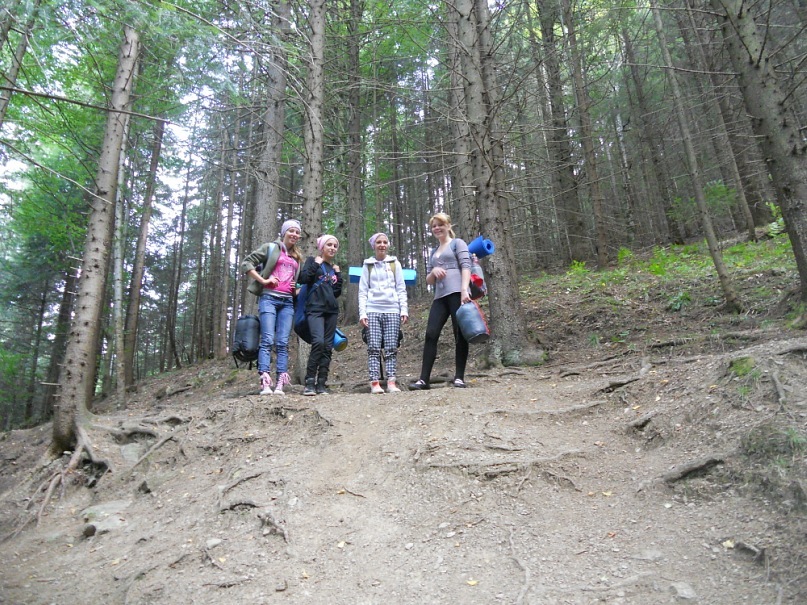 mountain, learned how to pitch tents, and start campfires. They were especially fascinated to learn how to prepare meals on a campfire.

For some children this was their first time in the mountains. The boys and girls agreed that the view from above is much better than from the foothills.

“Completely new feelings emerged and we felt as if we were closer to the birds and would fly through the pines on the wind. All our senses became more acute: in the mountains we actually heard silence, saw things a kilometre away, and the echoes of our voices only disappeared after a thousand metres,” Yurko, a 15 year old 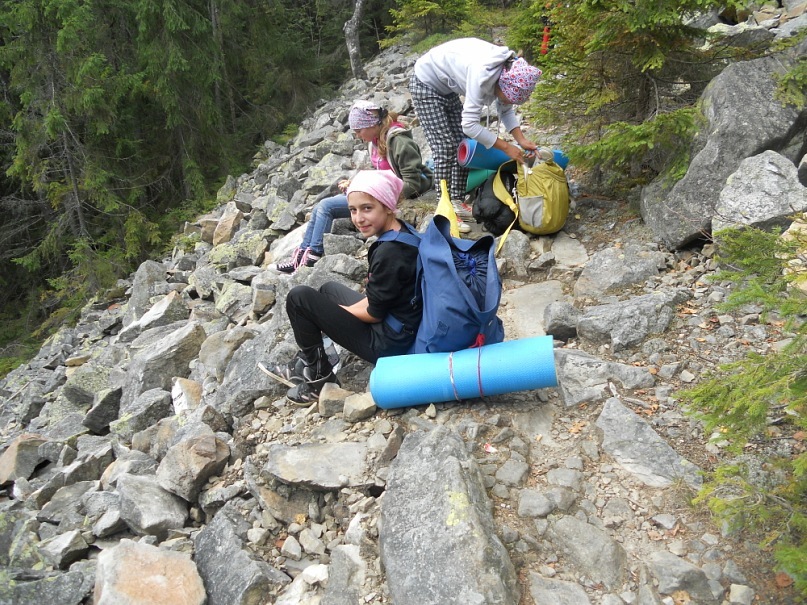 camper said when sharing his impressions.

High in the high mountains, the children met a shepherd. He told the curious campers many stories, sang local songs, and treated them to a tasty lamb dish (of cheese curds used for making a local sort of cheese of sheep’s milk). The shepherd showed them his cabin which he lived in all summer. The children loved the cabin because it smelled of dried mushrooms and fresh cheese. They also liked it because they did not have to remove their shoes, be well groomed, or wear various adornments—in the cabin they could simply be themselves. 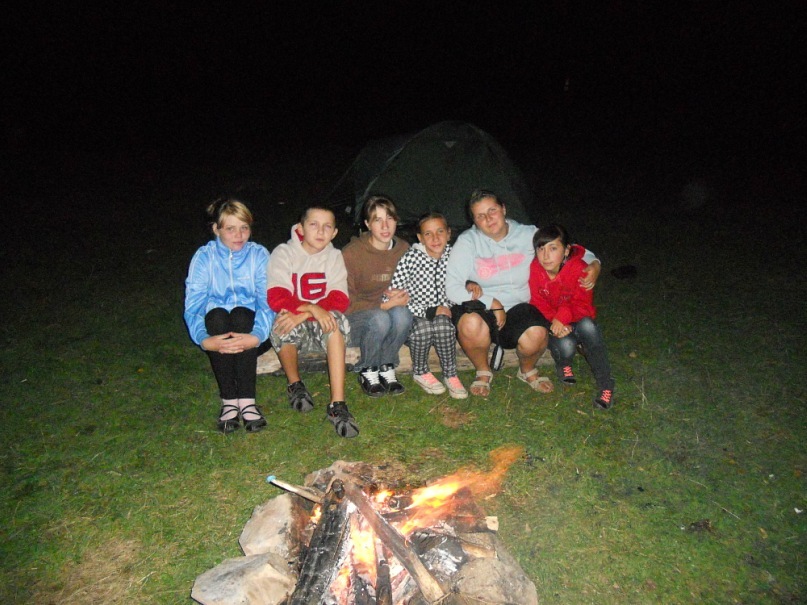 “The children were unanimous in their belief that their close communion with nature in the Carpathian Mountains was better than any other trip they took during the summer. They want summer to come again quickly so that they could go on another such hike. However, ahead of they await many other things: workshops, hikes, activities, and events which Caritas is preparing for them,” says Mr. Buchovs’kyy, Director of the Social Centre for the Children of Labour Migrants in Kolomiya.