25.05.2015, Volyn
For years of work Caritas Volyn proved itself as an efficient charitable organization that has trust and support not only from local communities, but also benefactors from abroad. Notably due to its good reputation at the end of April international guests came here with humanitarian missions.

Congregation of Wroclaw-Gdansk Eparchy of the UGCC in Poland and Association of Ukrainians in Szczecin, Poland (that involved Ukrainians and children of people deported from eastern Poland due to “Wisla” operation) rendered charitable assistance in form of food products for IDPs from Crimea and eastern Ukraine, and families that lost breadwinners during war in Donbas region.

Cooperation between organizations has lasted for years and is expressed in various forms, and since 2014 it has had a new focus and a greater significance. In particular, recently IDP children from Donbas benefited from medical examinations, treatment and sanatorium resort stay in Poland, moreover, considerable support in form of medicines, clothes, shoes and bedding was provided.

As of today Association of Ukrainians in Szczecin, Poland, and Caritas of Wroclaw-Gdansk Eparchy of the UGCC donated nearly 4,5 mln. UAH to support our compatriots.

Furthermore, Polish foundation “Spiritual dimension of Europe” («Duchowny wymiar Europy») provided assistance to Ukraine. This organization works in sphere of rendering support to kids and youth who live in rural area of Ukraine. Thanks to this foundation, in the course of the last few years educational establishments all over Ukraine – from Sambir in Lvivska oblast to Slovyansk in Donetska oblast – were secured with computers. This time 21 computers were provided for three villages in Ivanychyn region of Volynska oblast. It beca 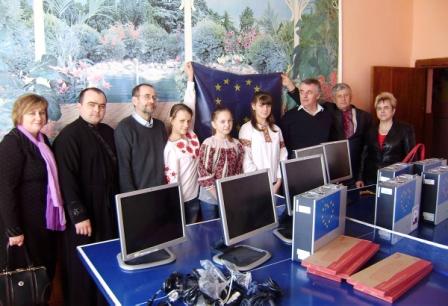 me a real gift not only for pupils of these schools, but also for teachers: they will master basics of informatics and will be able to use services of e-libraries, get ready to lessons in electronic form, learn foreign languages, create Internet-sites and discover all possibilities of modern informational space.

It is worth to recall with appreciation people from a volunteering organization “Ukraine-Project-Edegem from Belgium. In the course of 4 years of cooperation with Caritas Volyn 130 tones of humanitarian aid were delivered to Ukraine. This assistance was distributed among 20 civic organizations, 10 medical facilities, 6 educational establishments, 15 parishes of the UGCC and UOC, and also among 2000 needful people in Volynska, Rivnenska, Ternopilska and Lvivska oblasts. It is impressing that elderly persons are volunteers of this organization. They collect humanitarian aid for Ukraine in a big hangar. At one go they send 15 tones of stuff, rent of a lorry that carries assistance to Ukraine is paid by a Belgian couple.

Fr. Volodymyr Kmet, director of local Caritas, notes: “With help that we receive from abroad many Ukrainians and notably IDPs got support they need so much in such hard times. Enthusiastic and dedicated work of volunteering organizations in foreign countries deserve great gratitude and respect. And we do our best for such cooperation to continue.” 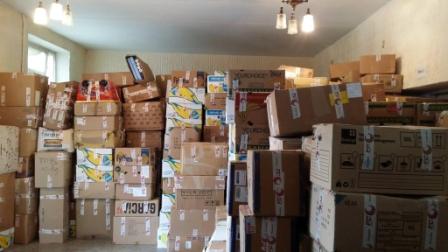