18.03.13, Ukraine
Patriarchal Curia of the Ukrainian Greek-Catholic Church together with Caritas Kyiv announce the All-Ukrainian exhibition-contest of artistic works for convicts. It is called ‘Transfiguration with love of God’ and will be held in August 2013. “This exhibition is aimed to contribute to better communication in the society and reintegration process of our compatriots who got into places of freedom deprivation. On the occasion we also strive to introduce to the wide public the results of cooperation between the Church and the State Penitentiary Service of Ukraine on return of formerly imprisoned individuals to the society life,” mentions Fr. Roman Syrotych, Director of Kyiv Caritas.

Works submitted for the contest should reflect the pursuit of light, understanding and sacrifice to others as Jesus Christ did. They can display secular and religious themes. The following works of visual art can enter the contest: embroidery, drawings and paintings, graphics, flat carving (maximal size: 50х40 cm), and also miniatures from carvings and plasterwork with weight not more than 400 gram.

Application forms will be admitted from individuals with period of stay in penitentiary institutions that finishes not earlier than January 2014 and also from employees of penitentiary bodies. Certain number of participants will receive material support for creating artistic pieces. In order to get it, you have to write an appeal on the following address: to Fr. Kostyantyn Panteley, P.O.B. В-125, Kyiv 01001  (tel. 098 422 92 21, e-mail: panteley@ukr.net). Submission of application forms terminates on reaching the number of 300 people.

The exhibition will be opened in Kyiv on August 11, 2013 under the patronage of His Beatitude Sviatoslav Shevchuk, Major Archbishop of the Ukrainian Greek Catholic Church. This will be a possibility for making national choice of 50 artistic pieces for the International visual art contest for convicts and prisoners. The prize pool and the amount of reward will depend on donations raised by organizers in Ukraine. The winners will be announced till August 1, 2013. Furthermore, winners among teenagers will be defined separately from the adults.

Communication of contest organizers and participants, and also assistance in providing materials will last till May 15. Exhibition-contest and choosing the best works for the international contest will be carried o 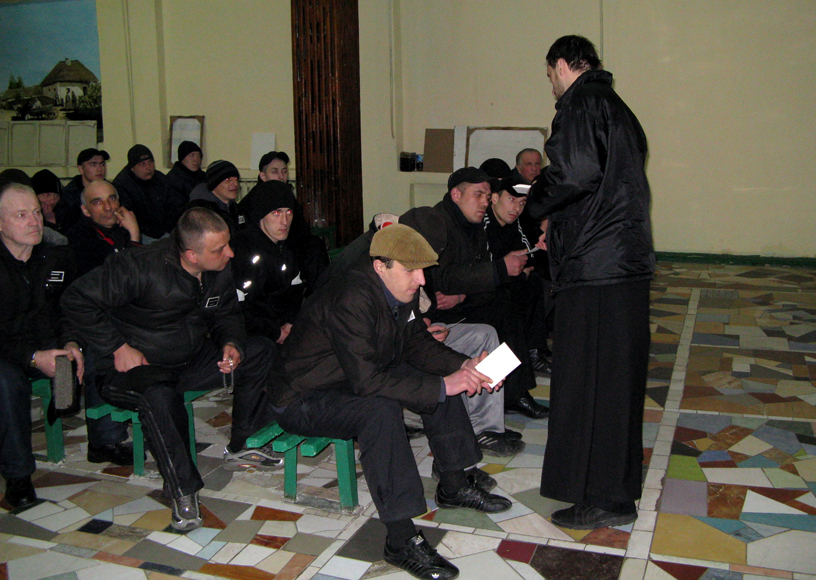 ut in Kyiv on August 14-28. On August 19 organizers will announce the winners of the contest in Ukraine. The best 50 artistic pieces made by imprisoned individuals will take part in the international contest till January 2014.

Therefore, the fundraising campaign for prize pool and reward of winners of the All-Ukrainian exhibition-contest of artistic works for convicts called ‘Transfiguration with love of God’ has been launched. We invite you to make contribution to the process of reintegration of our compatriots who found themselves in places of freedom deprivation. Donate any possible sum that will become a significant help for such a great initiative!