26.05.12
“On 19 May in Vyshneve (Kyiv Region) Obnova, an ethnic and modern culture festival took place. Festival organizers hoped to showcase cultural treasures and arouse patriotism among today’s youth using art. Nearly 150 volunteers and organizers put the event together for local inhabitants, Kyiv residents and other festival participants. Caritas Kyiv was one of the partners of the festival,” noted Fr. Roman Syrotych, Director of Caritas Kyiv.

The festival opened with an interdenominational prayer service for young people. Representatives of many Christian confessions and churches took part in the prayer service. Later festival participants were able to join workshops led by Ukrainian craftsmen. Children at the festival were able to play at a children’s playground, take modern and ethnic dance classes and participate in Cossack games, musical and dance performances in different genres. Mariya Burmaka, Taras Chubay and TaRuta were among the musical stars that performed at the festival.

“I thought it was very nice to showcase the many things that unite us. I participated in the joint prayer service which showed that we can all pray and live together,” commented His Holiness Lyubomyr Husar.

Festival participants had the opportunity to make charitable donations by purchasing items made by the mentally disabled that were on sale during the festival. 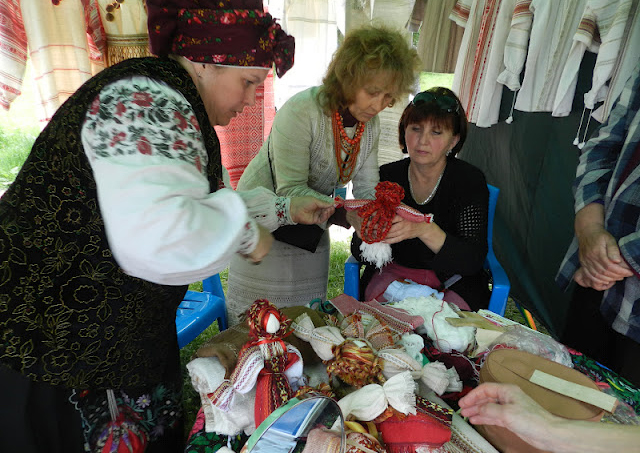 festive atmosphere which included music, warmth and spirituality. We hope that every person who came to the festival returned home with an uplifted spirit, renewed heart and the conviction that our culture contains real treasures which we need to value. We firstly tried to help young people realize that the Church understands the desires of young people and is ready to support them throughout their life journey,” said Fr. Volodymyr Mal’chyn, parish administrator of the St. Anna’s UGCC in Vyshneve.

Organizers of the festival were Obnova, the Kyiv Association of Ukrainian Catholic Students and the Centre for Academic Pastoral Services of the Kyiv Arch eparchy.