22.05.13, Ukraine
With deep grief we inform that Bishop Mykola (Simkaylo), Eparch of Kolomyia-Chernivtsi Eparchy of the UGCC, passed away on May 21, 2013. This happened because of his sudden ill health in emergency department of Kolomyia central regional hospital. Bishop Mykola was one of the Caritas Ukraine founders and headed Caritas of Ivano-Frankivsk Eparchy for over 14 years.

“With death of Bishop Mykola Caritas Ukraine, Ukrainian church and nation have lost a person who lived in devotion to God with people and for their sake. Since hard times of church persecution Bishop was an unbreakable fighter for the truth. Day and night he put into life ideals of Christian courage and love” noted Andriy Vaskovych, President of Caritas Ukraine, on the occasion of the decease of Bishop Mykola.

He was born on November 21, 1952, in the city of Karaganda, where his parents had been deported for participating in UPA (the Ukrainian Resistance Army). In 1963 his parents returned to Ukraine, and the future Bishop Mykola entered the Pidpecharska eight-year school, which he finished in 1967. 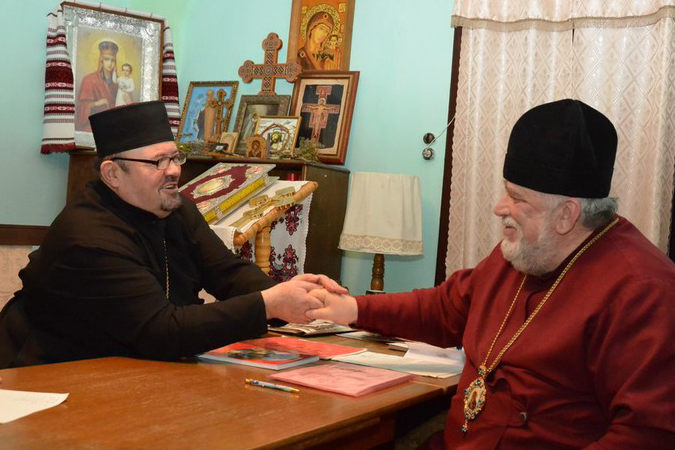 In 1967-1969 he studied at the Uhornyky secondary school. Consequently, he entered Ivano-Frankivsk Technical College № 1, after the completion of which he obtained the profession of locksmith-repairer of industrial equipment (he could not enter any higher educational institution because he was “the son of nationalists.”)

The Simkaylo family was closely acquainted with underground UGCC Bishop Pavlo (Vasylyk), who often celebrated Divine Liturgies in their house. Seeing zealousness in the spiritual life of Mykola and Hryhoriy (his younger brother), Bishop Pavlo acquainted them with the situation of the UGCC and suggested they become priests. After that, both before and after fulfilling military obligations the brothers began intense theological studies in the underground seminary.

On May 15, 1974, in the village of Pidpechary during a Divine Liturgy Bishop Pavlo (Vasylyk) administered Mykola’s diaconal and priestly ordinations. The thorny way of an underground priest began at that moment: mainly at nights he rode to the village-stations of the UGCC of the Ivano-Frankivsk, Ternopil and Lviv regions, carrying God’s Word to people, celebrating the Divine Liturgy, and administering the holy sacraments.

In August 1987 Fr. Mykola together with a group of Ukrainian 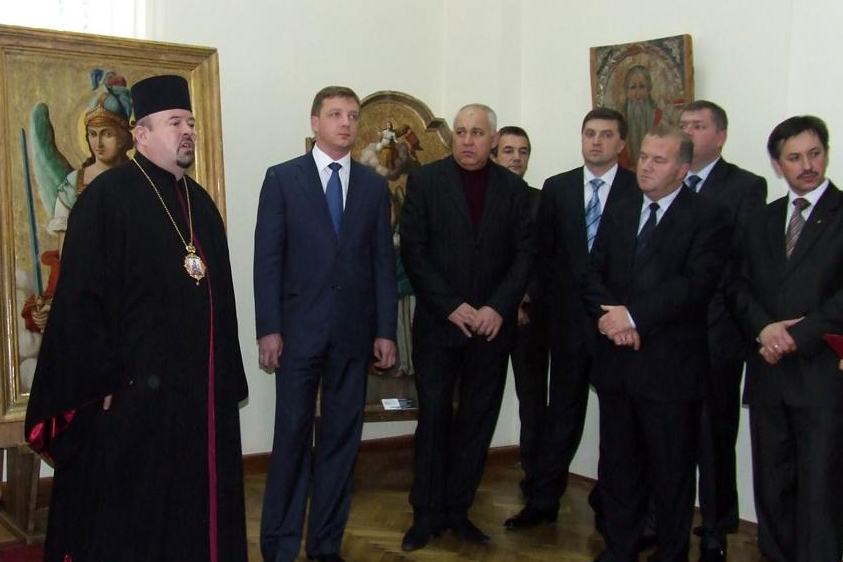 clergy, monks and laity, headed by bishops Pavlo (Vasylyk) and Sofron (Dmyterko), declared that they had left the underground. He was a member of the delegation which obtained in a struggle in Moscow the rights for the UGCC and also participated in a staggered hunger strike which lasted from May 19 to November 24, 1989.

On October 1, 1989, in Ivano-Frankivsk a demonstration of 50 thousand faithful and supporters of the UGCC took place, during which Fr. Mykola celebrated a panakhyda (memorial service) and delivered a sermon on the grave of the Sich Riflemen, for which he was arrested for 15 days.

On January 28, 1990, after a Divine Liturgy in front of the closed Cathedral of the Holy Resurrection, the head of the regional executive committee solemnly passed the keys from the cathedral to the bishops of the UGCC.

On February 20, 1990, by a decree of Bishop Sofron (Dmyterko) Fr. Mykola was appointed pastor of this church and the dean of the Ivano-Frankivsk Deanery, and also director of the charitable foundation Caritas. To deepen his theological knowledge, from 1991 to 1995 he studied at the Theological-Catechetical Spiritual Institute.

He was awarded a pectoral cross with d 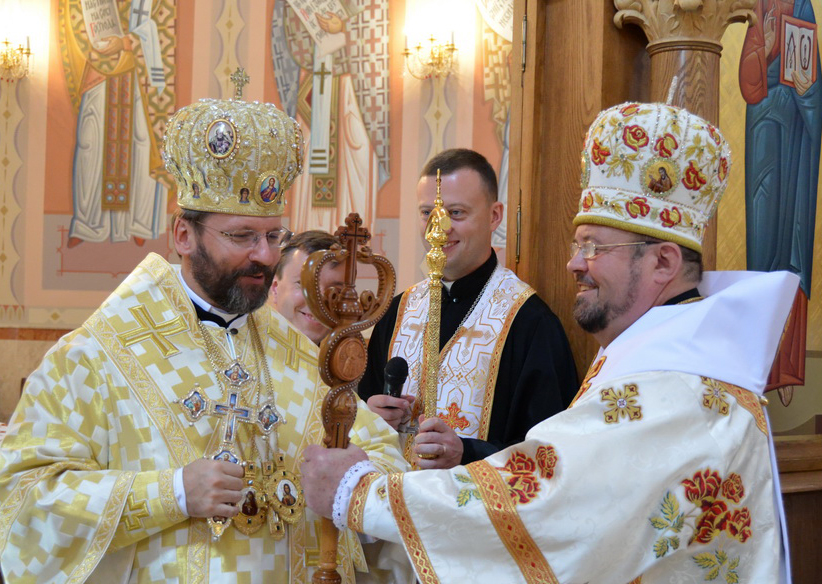 On June 2, 2005, he was named Eparch of Kolomyia-Chernivtsi Eparchy of the UGCC. On July 12, 2005, the episcopal ordination of the Most Rev. Bishop Mykola (Smkaylo) took place in the Cathedral of the Resurrection of the Lord in the city of Ivano-Frankivsk on the Feast of Saints Peter and Paul the Apostles. The next day he was installed on his see in the city of Kolomyia.