A Christmas Fairytale for Children of Labour Migrants

12.01.12
On 5 January a real Christmas celebration was held for clients of Caritas’ One Hundred Talents studio in Brody (L’viv Region). The event was named Christmas Fairytale. It was organized by staff of the Psycho-Social Support for Children of Labour Migrants together with Fr. Yaroslav Tsaryk, Director of the local Caritas.

Problems that the children of labour migrants encounter are very real for contemporary Ukraine. According to statistics from the World Bank, Ukraine is among the top 5 countries from which people emigrate. Official statistics indicate that there are between 2 and 5 million Ukrainian labour migrants; unofficial statistics put that figure around 7-8 million. Ukrainians emigrating for work is widespread and much discussed, however few devote serious attention to the problem. 65-70% of migrants, especially from Western Ukraine are women. 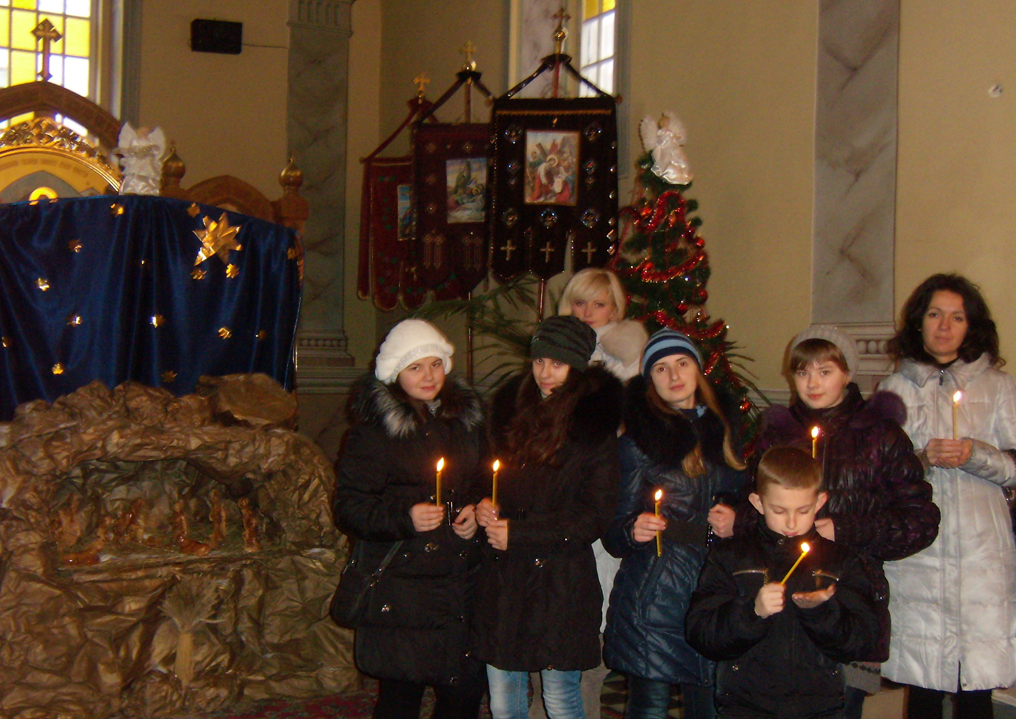 This fact accentuates the negative consequences of migration: weakened family ties, worsening of the demographic situation, changes in gender roles in families and in society. Children are the hardest hit by the consequences.

Maybe there isn’t direct evidence of this in Ukraine today, but serious ramifications will become apparent in the years to come when these children grow up and look for their purpose in life and start their own families.

The first part of Caritas’ Christmas Fairytale in Brody was accepting the Flame of Bethlehem that Plast members brought from St. George’s Cathedral in L’viv to young parishioners of the Ukrainian Greek Catholic Church in Brody. After the children accepted the Flame of Bethlehem, there was a surprise 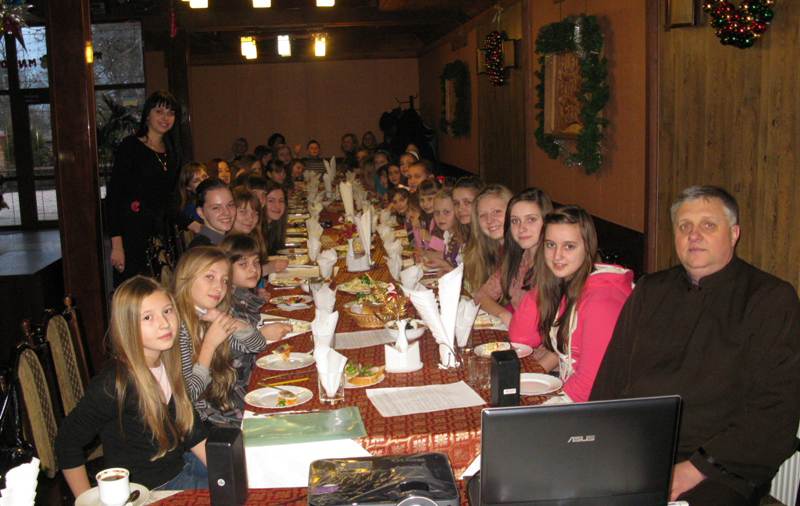 waiting for them at the local Shalena Shkvarka caf?.

The second part of the celebration started with a joint prayer led by Fr. Yaroslav. The priest questioned the children about Christmas Eve and Christmas, and filled in the gaps in their knowledge by telling a wonderful story about Jesus’ birth and what it means for people. 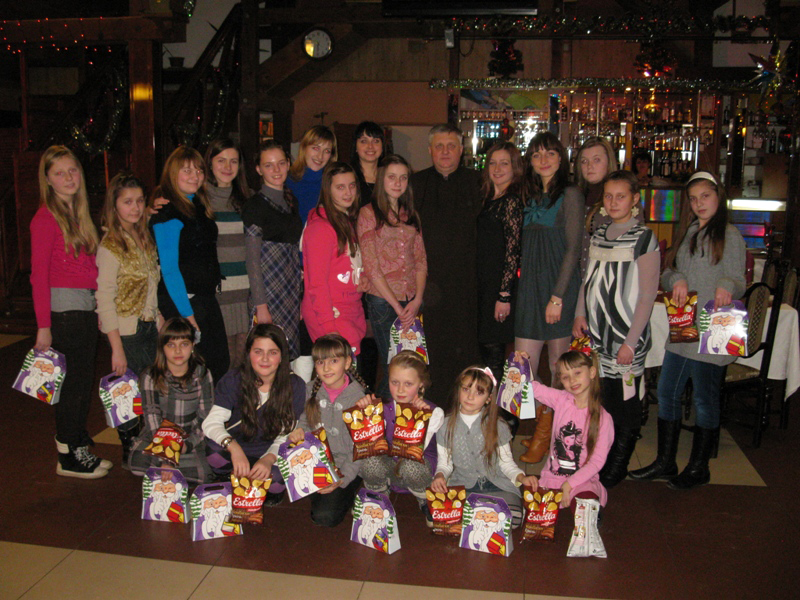 determine who knew the most carols, and traditional Christmas greetings.

AT the end of the event the children received candies donated by the Kyiv charitable foundation Foodbank. Clients of the One Hundred Talents studio will reminisce about the Christmas Fairytale for a long time to come.