Thanks to benefactors Caritas Kyiv presented 1500 watches to sightless individuals

13.05.13, Ukraine
“On occasion of diakonia year (note – social service) in the Ukrainian Greek and Catholic Church Caritas Kyiv carried out a large-scale campaign on providing assistance to visually challenged individuals and seniors in Ukraine. It was supported by people of good will and was called ‘Watches for the sightless’. Nearly 1500 special watches were bought and distributed among those in need. We plan to buy the same quantity or even more” said Fr. Roman Syrotych, Director of Caritas Kyiv.

1500 sightless people have recently received or will soon get voice electronic watches with language output for the blind or voice alarm-clocks. Geographic scale of the initiative is rather broad. In fact, watches will be distributed among the needful in Kyiv and its oblast, Donetsk oblast, Lviv city; Lvivska, Zhytomyrska, Zakarpatska and Ternopilska oblast.

The initiative organizers explained that while choosing recipients of such aid they paid attention to the poorest that are unable to buy this gadget. Therefore, Ukrainian Society of the Blind, isolated seniors who lost their sight and other poverty-stricken sightless people became participants of the charity initiative.

“This assistance to visually challenged people is not our merit, but there are kind-hearted people who are ready to share their money. We have only supported and joined ‘Watches for the sightless’ initiative. It was initially launched by charity organization of John the Baptist Ukrainian Catholic Church in Newark, New Jersey in the USA. This organization comprises Ukrainian Americans who preach Christianity and advocate call for help to needful neighbors. These benefactors help Ukrainians and Americans, the ill, physically-challenged and poverty-stricken individuals. Such acti 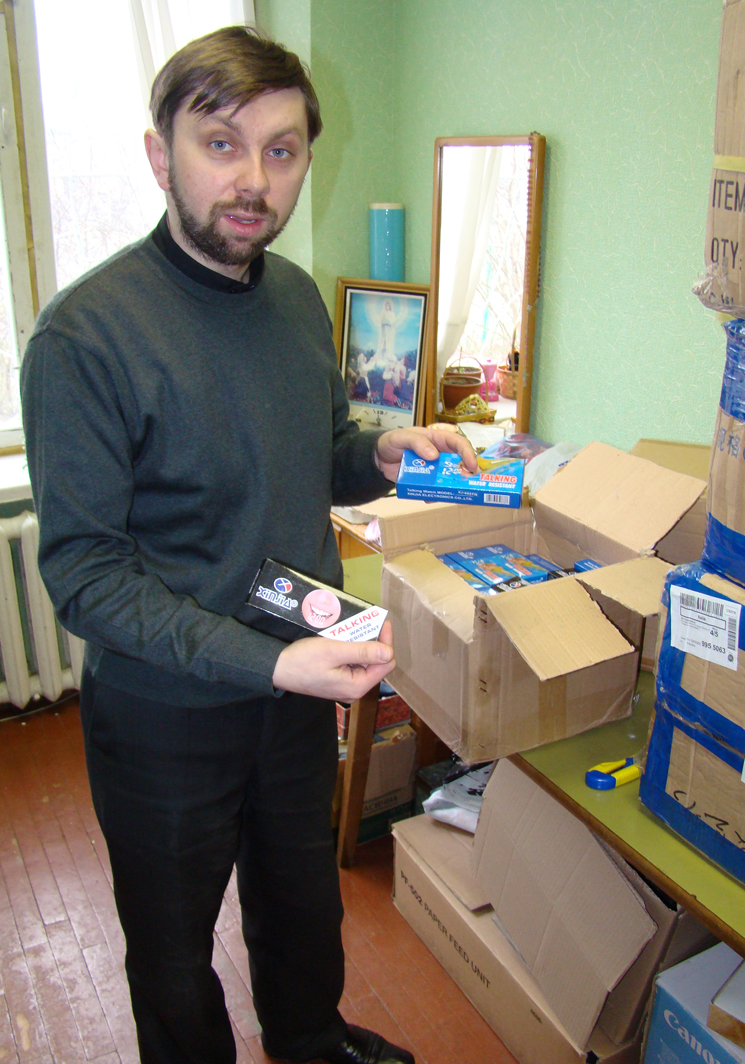 At the moment there are nearly 70 000 sightless individuals in Ukraine, regardless seniors who lose sight because of aging and worsening of health condition. 50,000 visually challenged people are part of the Ukrainian Society of the Blind. In fact, state should be responsible for supplying primary means for the sightless. But, taking in consideration there is a big number of such people only small part of them receives necessary resources for normal living.

“On my behalf and on behalf of all sightless people I would like to express sincere gratitude to benefactors. Thanks to their assistance 1500 individuals felt love and care; received the most needed things. A watch for the person who lost sight is the most useful gadget that helps in everyday life, self-sufficiency and self-perception.

We hope that it’s not the end of the initiative: assistance is still being rendered and more individuals will receive watches! We welcome people of good will to acts of mercy that by common efforts we can implement in our society among the poor, the ill and those in need. For this reason you can contact me (+38 (097) 19 459 11, syrotych@ukr.net) or our charitable foundation by phone number +38 (044) 512 00 85 and find out about means to join this charity initiative” summed up Fr. Roman Syrotych, Director of Caritas Kyiv. 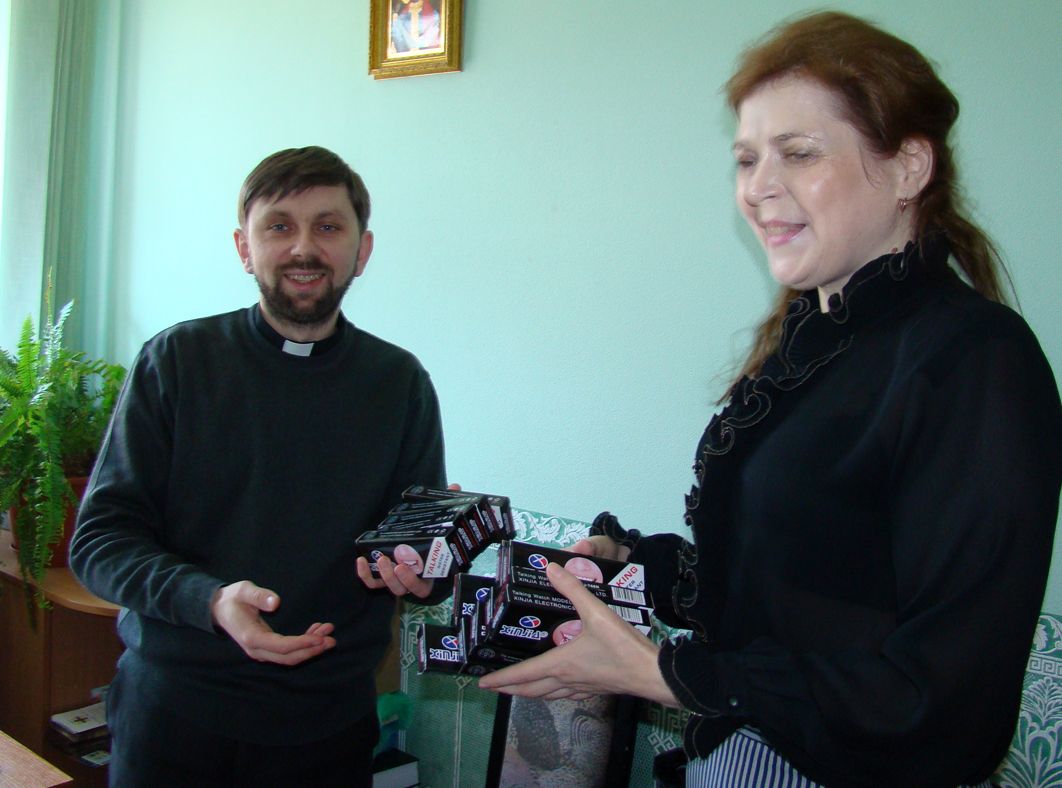