04.11.13, Львів
A month has passed since the Metropolitan Andrey Sheptytsky Hospital has launched implementation of the project on rendering medical, social and psychological support to people at terminal stages of disease at their homes. The project became possible with help of financial assistance of the International Renaissance Foundation. The work will last 4 months with possibility of prolongation. Similar projects are being implemented in Caritas Chortkiv, Caritas Ivano-Frankivsk of the UGCC and Caritas Volyn.

Such activities are targeted at creation of innovation model of hospice aid – enlargement of hospice and palliative assistance for terminally-ill people at their homes by means of rendering medical and social help for patients, delivering care to them, psychological support for family members.

Services will be delivered to almost 25 patients at terminal stage of disease, 80 families will get qualification for care of palliative individuals. Target groups: oncology patients, people with hard renal and cardiac failures, with neurology disease and other illnesses that significantly restrict life prognoses. Personnel that provides medical, social and psychological follow-up for terminally-ill people at home includes 2 nurses (50% of employment time), social worker, doctor-consultant, accountant and project coordinator.

Eucharist, chrisom, and anointing of sick etc;
– Communication with relatives, preparing them for the moment of loss and psychological support after death of the closest person.

Galyna Kurnytska, project leader, retells: “It is an important factor that the project draws considerable attention at psychological and social assistance and work with relatives of the ill individual, securing their spiritual needs. In fact, Center for palliative treatment of the Hospital is a unique non-governmental establishment of such type in the region, its work to the great extent differs from other state facilities by means of activities with families of patients, solving their social and psychological problems.

Lack of palliative beds in Lviv region and generally in Ukraine leads to the situation when lonely terminally-ill patients or feeble people who are in need of constant care find themselves left in misery, they die alone and isolated. Though, in this period when their lives come to an end they require not only medical and social assistance, but also communication, psychological support for them and their family members.”

The leading objective of the Sheptytsky Hospital is providing needful people of Lviv and region, regardless their nationality and religious confession, with medical and social help by delivering social services, consultative and diagnostic help and chargeless medical treatment.

The Metropolitan Andrey Sheptytsky Hospital has perfect experience of implementation of large-scale medical and social projects:
A) Home Care program that has been operating since 1998 till now and has seized thousands of people in need of assistance from outside and, first of all, lonely seniors
B) “Kitchen for needful ones” for low-income and homeless people (2003-2011, on irregular basis)
C) «Heart to Heart» project that included medical and psychological support for people with HIV/AIDS; care and assistance for children who were born by HIV-positive parents; non-medical and nurse care of people who live with HIV/AIDS; medical, social and psychological support of antiretroviral therapy for grown-ups and children etc (March 2007 – July 2012 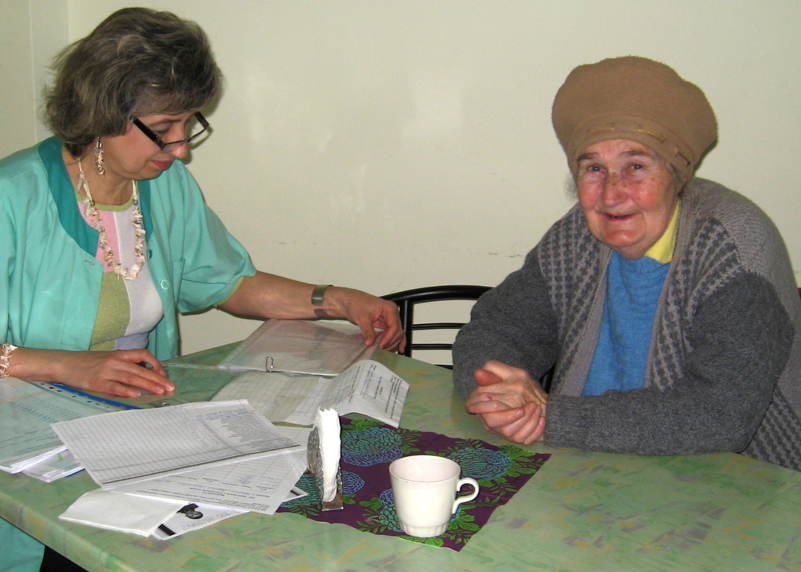 Nowadays, according to project stuff, there is no program for terminally-ill individuals at their homes in Lviv. That’s why this new project and its future will become useful for local community and certain families of needful people.