01.08.2014, Kyiv
On July 29 a presentation of ecumenical Road-train of Peace and Unity was held in Kyiv. Representatives of many religious organizations will go through the country to help IDPs from Eastern Ukraine and military men in regions. Caritas Ukraine and Department of Social Service and Philanthropy of Ukrainian Orthodox Church of Kyiv Patriarchy became organizers of this initiative.

Within the initiative religious and civil society leaders will visit four Ukrainian cities: Kherson, Mykolaiv, Odesa  and Dnipropetrovsk, where they will hold round-tables on problems of IPDs and military men, distribute assistance among children of displaced persons and read off joint prayers for peace in the country. Road-train will last from July 31 to August 5 with events in Kherson, Mykolaiv, Odesa and Dnipropetrovsk.

Organizers point out that road-train of Peace and Unity is aimed to provide assistance to IDPs from Eastern Ukraine, and also those who were left in area of anti-terrorist operation, both military men and local residents. Objective of this road-train is to coordinate, provide help and show an example, a technology how it is done, and also what things and in what way can be done for displaced persons in the most efficient manner.

During the fourth report on situation in Ukraine (on July 28) head of UNO Monitoring Mission Armen Arutyunyan informed that in the course of anti-terrorist operation (ATO) in Eastern Ukraine over 1130 people died, and nearly 3500 were injured. According to the UNO, the number of IDPs from east oblasts and Crimea amounts to 101617 people, 86% of displaced persons are from Eastern Ukraine. It is also said in his report that gunmen in the east of the country keep locals in fear; they kidnap, take under arrest and torture people on occupied territories. Furthermore, there were cases of execution of abductees.

Such circumstances obligate Caritas Ukraine to use all possible efforts in order to take care of people in east oblasts of Ukraine, the same as of those who were forced to move to the west part of the country. Assistance to IDPs, first of all, foresees evaluation of clients needs and keeping of a special data base: these things form a background for rendering specific and individual social services for displaced persons, notably, accommodation, clothes, shoes and food products, help in legal issues, employment, transport services, psycho-social follow-up.

6 regional organizations of Caritas Ukraine in Ivano-Frankivsk, Lviv, Kolomyia, Novovolynsk, Drohobych and Sokal have rendered and are providing assistance to more than 1000 displaced persons. In general program is tailored for 1200 people.

Moreover, Caritas Ukraine implements humanitarian mission in Slovyansk and neighboring regions, having secured local population with drinking water to the extent of over 100 tons of water. At the moment there are on-going negotiations with city authorities on fixing new windows for local dwellers. All these activities and initiatives are means to mobilize efforts of general public, ecclesiastical parishes, civic organizations and charitable foundations in order to assist IDPs from Crimea and Eastern Ukraine in the most efficient way. 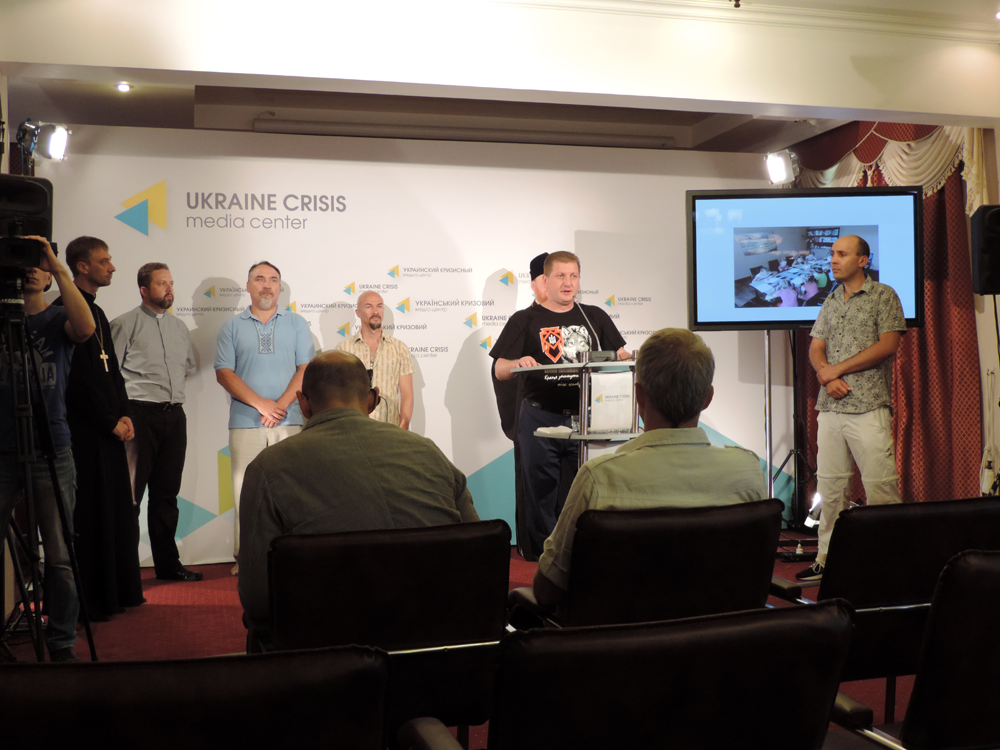