On April 24, on the Palm Sunday according to the Julian calendar, collecting of donations for humanitarian aid to Ukraine will take place throughout Europe. Besides Western Europe and Ukraine, all Greek-Catholic parishes in North and South America and Australia responded to the call of Holy Father.

At the Press Conference on the occasion of the collection, the head of UGCC patriarch Sviatoslav noted few important points for Ukraine in humanitarian action initiated by the Pope. “Collection of money is important, but more important is breaking the silence, now accepted in Western Europe, about the war in Ukraine. As the media in Western Europe, unfortunately, do not comment an issue of war and people suffering in Ukraine, Pope is not silent. He speaks for those who suffer in Ukraine.” The second important point is that Holy Father appeals to the conscience of European Catholics, – “In my opinion, it is a way to emphasize that Ukraine is European country. Europeans must realize the fact of humanitarian crisis in Eastern Europe,”- His Beatitude Sviatoslav said. 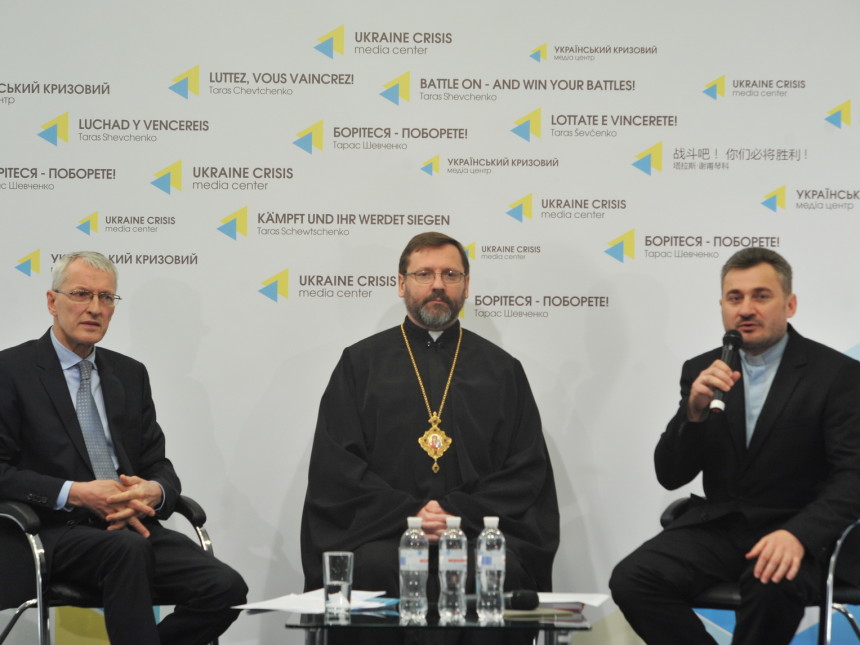 “This collection, – said the patriarch – is only the beginning. All funds raised on April 24 are entrusted to the fund managed by the Pontifical Council «Cor Unum». In other words, Catholics give their money into Pope’s hands. But later, Ukraine is waiting for the humanitarian assistance of the Holy See.”

First of all, the special collection is announced for the Catholics in Europe. But, the archbishop of UGCC invited to participation Greek Catholics worldwide. In this way, He expressed His hope to help people in need of assistance, regardless of nationality and religion.

While President of Caritas Ukraine Andriy Waskowycz paid attention to 1.7 million of IDPs in Ukraine today. Besides, there are people in the “buffer zone” with difficult conditions of destroyed infrastructure. However, people remain in the worst situation in the areas not under Ukrainian government control. According to Andriy Waskowycz, even international humanitarian missions do not have access to those areas. Shortage of food and medicine, and even drinking water are the biggest problem there, especially for older and disabled people with limited mobility. 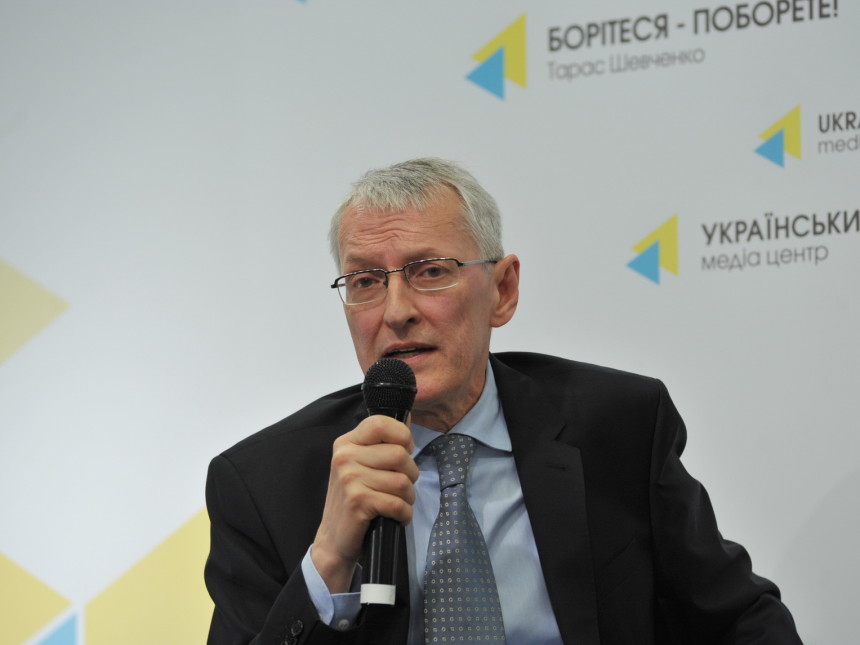 “According to the UN analisys, Ukraine needs 298 million US dollars for overcoming the humanitarian crisis. Today, international donors and organizations provided 106 million, representing only 37 percent of needs. Ukrainian State cannot gain control of this humanitarian crisis alone… The call of Pope Francis will help us to collect additional funds for our country and re-raise the issue of the Ukrainian crisis in Europe”- said Andriy Waskowycz.

Let us recall that on April 3, on Sunday of Divine Mercy, while completing service at St. Peter’s Square in Vatican, Pope Francis urged Catholic communities throughout Europe to collect donations for humanitarian assistance to Ukraine.

“On this day, as if it is the heart of the Holy Year of Charity, my thoughts turn to all the nations eager to reconciliation and peace. In particular, here, in Europe I mean drama of people affected by violence in Ukraine. Especially people who stay in the area of armed conflict that have caused thousands of deaths and forced over a million of people to leave their places in difficult ongoing situation. This primarily applies to the aged people and children “- said Pope Francis.

One of the prerequisites for Pope Francis’ initiative was the visit of Apostolic Nuncio Archbishop Claudio Gugerotti to Eastern Ukraine, organized by Caritas Ukraine. He spoke about the situation in Ukraine and showed a documentary film by Caritas Ukraine, during his meeting with the Pope. “The entire world’s media made public the message of Pope Francis about fundraising. But it is more important to give people peace than money. The Pope also aims to focus the world community on the issue of peace in Ukraine “, – Archbishop Claudio Gugerotti said.