17.02.15, Ternopil
Recently for two days the youngest clients of Caritas Ternopil together with their supervisors baked cookies and collect warm clothing for those who defend the independence of Ukraine in the ATO area. After that young philanthropists brought all done and gathered to the logistics center (warehouse) of help for soldiers of ATO in Ternopil. In response, warehouse workers provided a tour for children and offered them responsible mission: to become volunteers on raising funds for the needs of army in the supermarkets of the city.

This action was initiated by children from large, crisis and low-income families. Natalia Kotsyuba, coordinator of project working with children and youth from the local Caritas office says: “Our mission was always to help those who are in trouble. Target groups of our activities remained the same for years, but due to certain events we may start to work with other.

We saw frequently how some of people in need start to support for those in bigger need. Now we have the same situation: the events in Ukraine united people around the common goal and it became clear that some problems are not so big problems. Now it’s a lot if you are alive, healthy and have a roof over your head”.

Caritas in Ternopil is deeply involved in support to IDPs from Eastern Ukraine and Crimea. Numerous activities were conducted for children and their parents in cooperation with state and private agencies that would help them to overcome the post-traumatic syndrome and socialize in a new city: this include individual psychological counseling, group training, organization of leisure time and holidays, provision of welfare assistance. 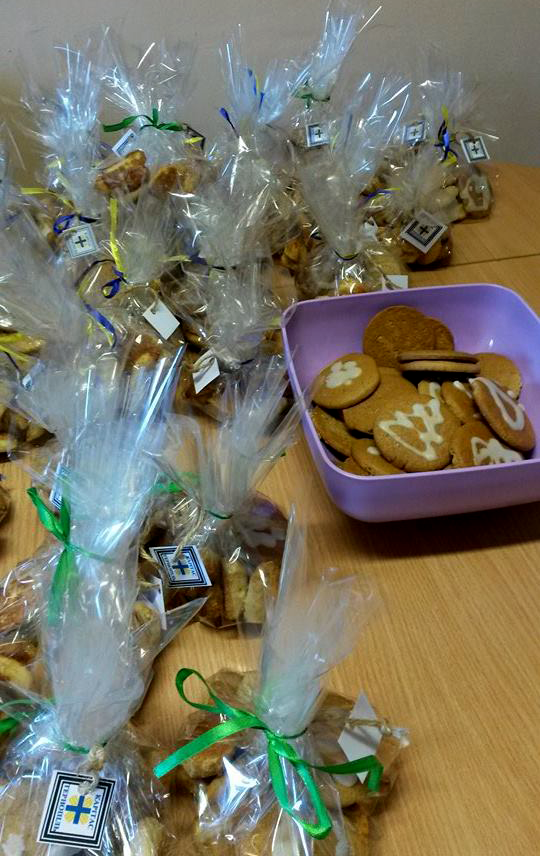 From the late November 2013 till now the capital of Ukraine and other cities are being embraced into the difficult socio-political events. In April 2014 Caritas Ukraine launched programs to assist victims of Euromaidan events happed in response to the dictatorship of acting authorities and exerting of violence against civilians. In May the first project to help IPDs from the Crimea was launched. Later this project was broadened for IDPs from Eastern Ukraine. With the expansion of ATO in summer the number of IDPs began to increase as well as the scale of work of regional organizations and Caritas Ukraine national office.

Over the past 11 months Caritas Ukraine provided assistance for more than 40,000 needy people – from towns of Western Ukraine to Donetsk occupied by terrorists. Our approach to care of IDPs is individual and foresees scrupulous assessment of their needs. The focus is made on the neediest, first of all pregnant women, single mothers, large families, families with handicapped and disabled members, pensioners.