200 modern wooden windows to be installed in damaged schools and kindergartens in Donbas region – it was the main point highlighted during the presentation of “Windows for life” charitable project in Kyiv that will be implemented in partnership with private sector. In the project framework Caritas Ukraine, Caritas Austria and “LEITZ tooling UKRAINE” company will install new windows in schools and kindergartens damaged by the military conflict in eastern Ukraine.

Leitz is one of the world’s leading manufacturers of precision tools for professional woodworking and plastics processing, took responsibility to install 200 modern wooden windows in schools and kindergartens in Donbas that were damaged during military activities.

“We have been working in Ukraine for a long time and we greatly empathize the events that are going on these days. Leitz is a family business, and family values are very important for us, that’s why we raised an initiative to fix new windows in schools and kindergartens where kids of conflict-affected families will be studying,” said Mr. Jürgen Brausewetter, Head of LEITZ company in Ukraine. 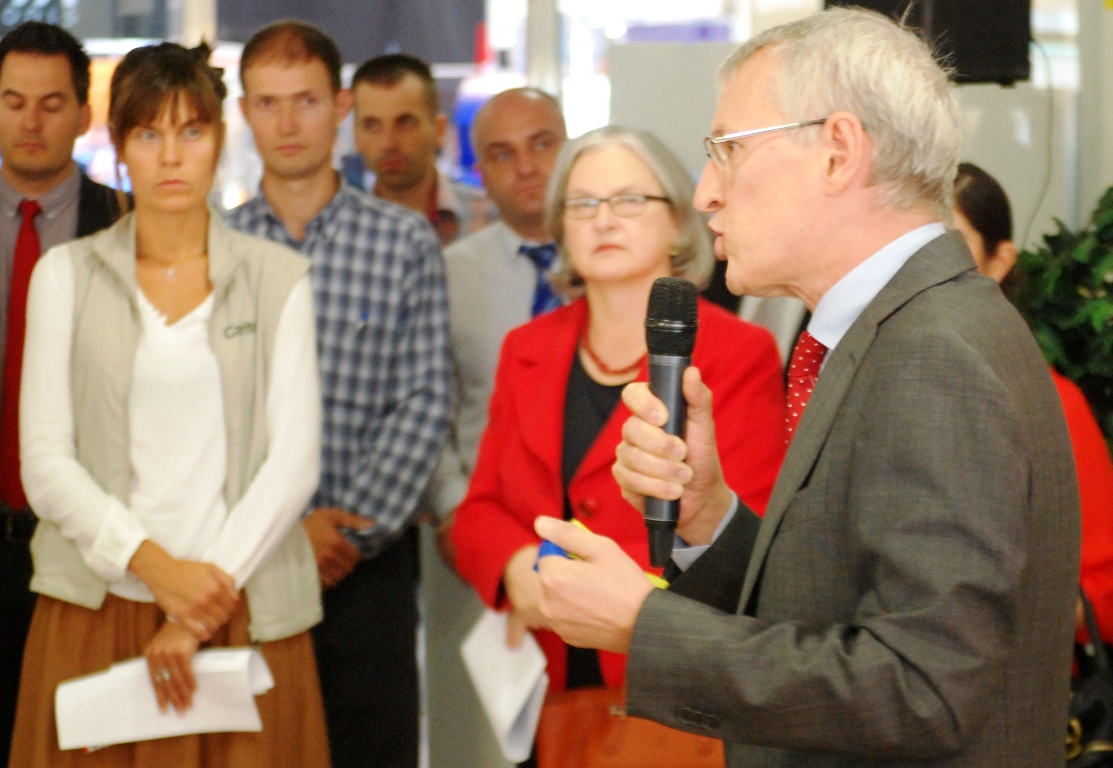 Caritas Ukraine President Andrij Waskowycz said that such projects are very significant for overcoming humanitarian crisis in eastern Ukraine, because they provide people affected by military actions with confidence that they are not alone in their misfortune, someone takes care for them, assists and supports them.

According to Claudia Giampietri, Caritas Austria International Delegate, Ukraine is the main priority for Caritas Austria starting 1990. “With the beginning of a conflict we took an active part in rendering of humanitarian help in eastern Ukraine to satisfy needs of thousands of the displaced. Caritas Austria is open for fruitful cooperation with private sector and sincerely welcomes the initiative of LEITZ company on reconstruction of windows in schools and kindergartens in post-conflict regions,” she noted.

Ambassador of Austria in Ukraine Mrs. Hermine Poppeller pointed out that the project on window installation is very symbolic, because windows gives you an outlook to the future, these are new possibilities and perspectives. “Austrian Embassy considers that this is an honor to join such demanded and important project,” added Mrs. Poppeller.

Among other project participants there are: Felder company (Austrian supplier of mechanisms for wooden constructions), Raiffeisen Bank, Embassy of Austria, Gretsch-Unitas company (German supplier of window fittings). Total amount of contributions for the project implementation will make approximately 1 000 000 UAH.

Earlier, Caritas Ukraine installed over 1200 windows (glass and glass units) in more than 360 houses/apartments in Slovyansk and its outskirts. Such activity was possible thanks to the support of the United States Agency for International Development (USAID). Moreover, Caritas Austria provided financial support for restoration and repair works in educational establishments of Slovyansk. New windows were installed in a kindergarten-orphanage #6 “Rushnychok” and repair works were arranged in a sport school for children and youth.