21.12.11
Almost everyone has seen the world famous TV show Ukraine Has Talent. Staff from Caritas Ternopil’s Mobile Work with Children organized an evening designed to convince everyone that there is also unsurpassed talent at Caritas Ternopil!

The event was held to celebrate St. Andrew’s Day. The evening’s host and all the participants were clients of the local Caritas.

Excerpts from Ukrainian classics by M. Starytsky After Two Rabbits, and I. Nechuy-Levytsky’s Kaydasheva Family were crowd pleasers and allowed the young people to display their great dramatic potential. The hall was filled with Ukrainian folk songs and clients reciting famous works written by foreign poets. The skit Slipets (Blind One) was particularly moving and forced the audience to ponder the problem of poverty.

Olya, a 17 year old who participated in the skit wisely commented: “When we see people in our city streets begging, we don’t always understand they are lackin 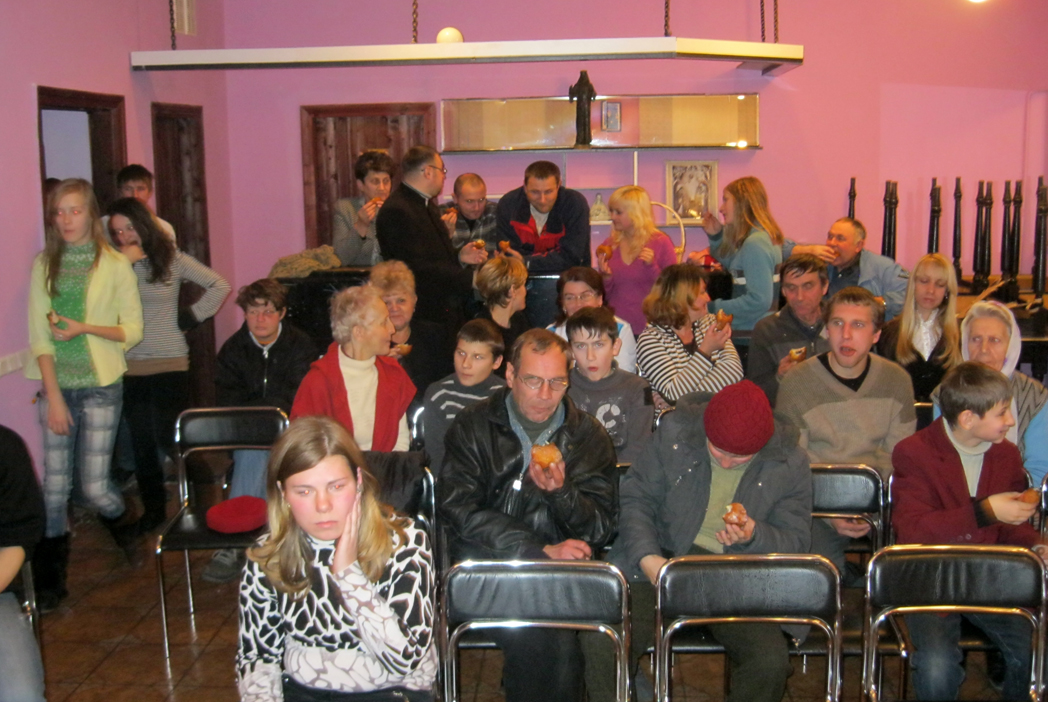 g—attention, money, shelter, or social graces. It is easy to ignore and pass them. But is this right? Will it change the life of this person or the general situation in Ternopil?”

At the very end the children handed out tasty cherry and poppy filled doughnuts to the surprised audience. They were unaware that the children, following an old Ukrainian tradition had hidden “surprises” in the some of the doughnuts. Some of the audience was therefore astonished to find their doughnut had been filled with pepper, salt, or garlic instead of 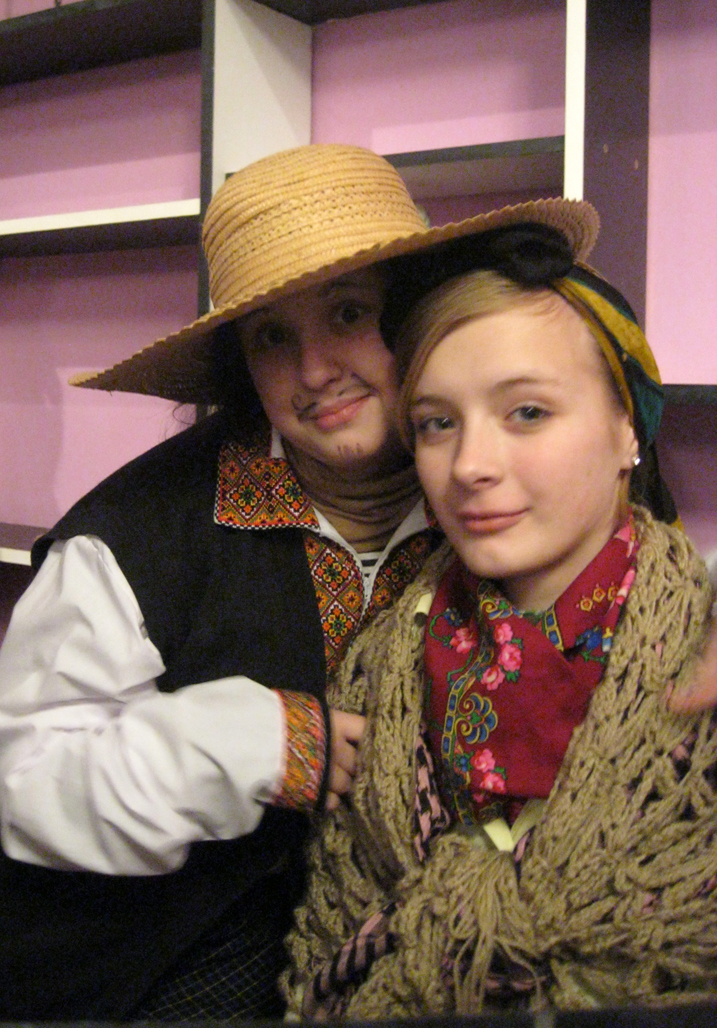 the promised cherry or poppy seeds!

After the event, participants graciously accepted compliments from those present, and had their photos taken in their holiday costumes.

“The event confirmed a universal truth: It’s not worth focusing on that which is lacking or missing in a person. It is much better to focus on their potential, talents, and skills.

This will allow them to find the strength to believe in themselves,” stated Olya Khil’ko, after the event. Ms. Khil’ko is a staff member of the project Work with Children and Young People at Caritas Ternopil.