Youth Street Football Championship – Caritas Cup – will become an annual nationwide competition. It was a joint decision of organizers of the competition: Caritas Kyiv and the first participants – children and adolescents from various cities of Ukraine. Preparation and search of partners and associates for the next championship have started already.

The First Caritas Street Football Cup took place this year in late May. It brought together young people from five Ukrainian cities and united them with an idea of sport and equality. The competition attended teenagers from Caritas social centers of Kyiv, Lviv, Khmelnytsky, Kolomyia, and youth from Odessa Charitable Foundation “The Way Home”. These young people in difficult circumstances are trying to find resources for changing their lives. 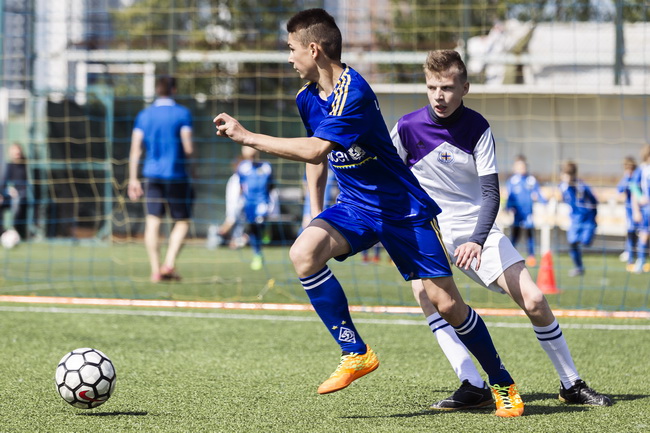 An important characteristic of Caritas Cup is, unlike in traditional football game, more flexible rules aimed to equalize players of the team. The goal of the game is having fun that is even more important than the result. Every command had at least one girl in main team. Age and level of the players did not matter: the team of Caritas Kyiv had a professional coach, while the team of Caritas Kolomyia was completely amateur, so their participants by themselves were working on strategy during their usual games after school. “Well, how are we training? We have our specific method, – we simply meet and play together, and that’s it”- says 14-year-old Ivan, forward of Kolomyia team.

The idea of Caritas Cup is to present not only football but also social event. On the eve of the competition, teenagers had plenty of time to chat and make friends. Since most of them were in Kiev for the first time, the organizers prepared city tour for everybody. They had a chance to visit the Museum of Water and Valeriy Lobanovsky Dynamo Stadium. Matches had place during the next day. The judges were volunteers from the former wards of Caritas Kyiv, who actively support the project. 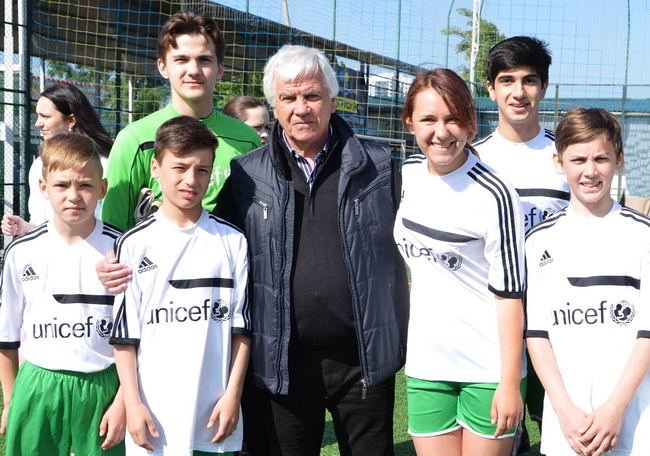 The honored guest of Championship was Volodymyr Muntian, veteran of the FC Dynamo (Kyiv). He welcomed participants and encouraged them to believe in themselves, try to achieve more and develop themselves in spite of all circumstances and even their own laziness.

“Injuries? Never mind. If you fall from tree your head down then it really hurts, but if you scratched your leg – never mind. Last year I participated in similar championship in Ternopil. I love football, and I am playing for 2 years, but still – sport is only a hobby. I want to be a photographer “- shares her impressions of the game 15-years-old Nika from Odessa. 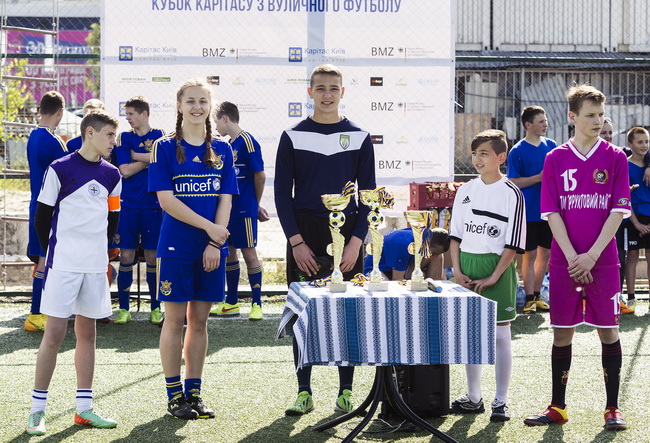 In a series of matches, Caritas Kyiv team won Caritas Cup 2016. Kolomyia and Khmelnytsky, accordingly, won second and third place. All participating commands received medals. In addition, each team took home new football balls for further training. However, the main thing is motivation, and joy of communication of young people, who felt their importance in working in team, and involvement in common cause. This event showed that in Ukraine is developing a new generation of young people with progressive values of respect, support and honesty. 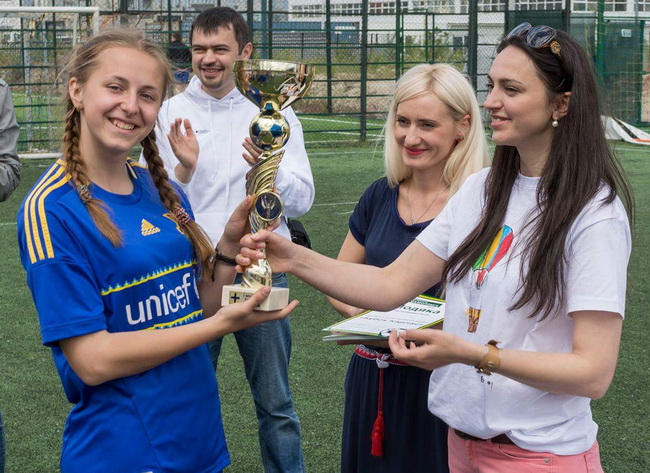 “I was elected captain before the previous game in Ternopil. I play football for 2 years. We train 2 times in a week for 1.5-2 hours. So far, we took part in games with other Caritas teams only. It would be cool to participate in international championship – to play with others, to look at others. Once I was engaged in a training session in the girls’ football team. Nevertheless, it is easier for me to play with boys. I am seriously involved in modern dance. If to speak about football, – I just like it. Often people do not believe that I can dance and who sees how I dance, and on the contrary – those who saw me dancing do not believe that I can play football,” says 15-year-old Sofia, captain of Caritas Kyiv team.

Caritas Cup is sincerely grateful for active support to sponsors, partners, and local community. Local benefactors provided the event with football field, water and snacks for athletes, and photo report about an event. Organizers have hope that next year the Caritas Cup will be able to become bigger and unite with other youth organizations and amateur football teams from different cities. Thus, the Caritas Kyiv announces search for like-minded co-organizers of Caritas Cup 2017, and believe that gradually they will reach the international level of the competition.