29.03.13, Odessa region
Since September 2009 Consultative center on preventing human trafficking and providing assistance for its victims has been operating in Odessa region. Such social centers of Caritas Ukraine work in Khmelnytsky, Odessa, Ivano-Frankivsk and Drohobych.

Activities with unemployed individuals are part of preventive measures on human trafficking. They are carried out in state and regional Employment centers. Moreover, work with school and university youth is being implemented. Apart from this complex reintegration assistance for victims of human trafficking is rendered by means of psychological and legal counseling, social and medical aid and help with employment.

Recent statistical data testifies that human trafficking amounts to 600-800 thousand people annually. They are being sold abroad for exploitation (according to appraisal of the USA government). 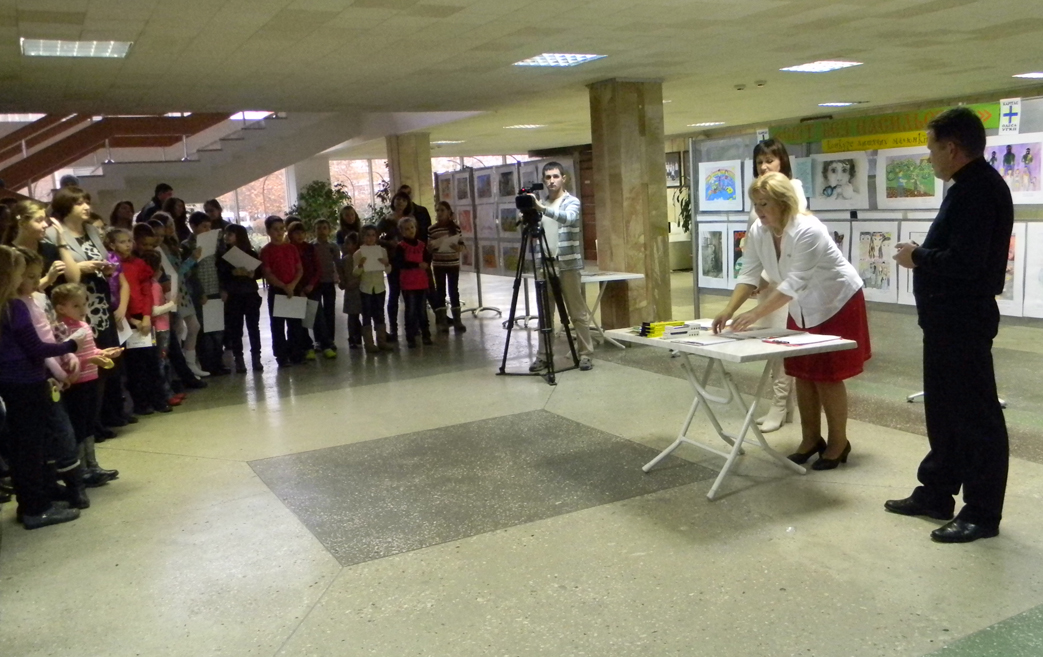 Earlier this year ‘World without violence’ contest of children paintings was organized in Yuzhne. Pupils of all comprehensive schools and school of arts took part in it. The initiative was dedicated to the International Day for the Abolition of Slavery. ‘World without violence’ is a contest of children’s paintings directed at public recognition of human trafficking problem, illicit labor migration, forms of modern slavery and attitude of children towards these issues. The contest objective is to show the world without violence through children eyes, to show the contrast between harmony and discordance caused by human trafficking, illegal labor migration and modern slavery.

13-year-old Sergiy Kulchytsky shares his attitude: “In my painting I displayed the idea that every child has right to come into the world being healthy and happy. Without violence, wars and drugs! Bright and warm sun for all children with parents and friends by their side!” 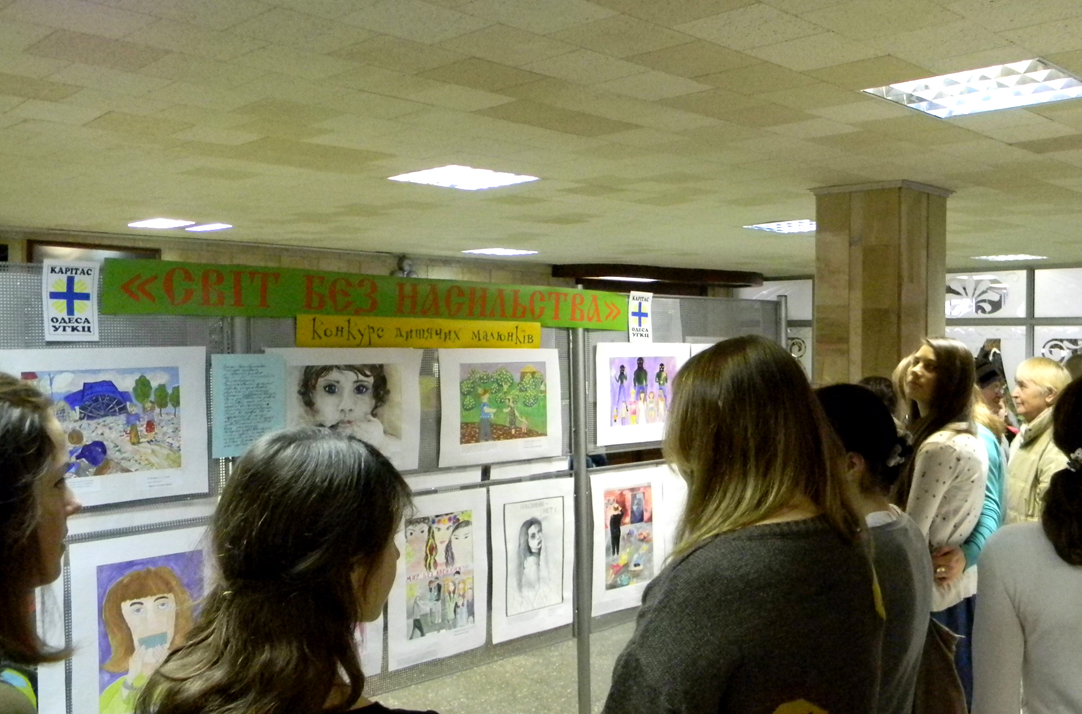 tate Targeted Social Programme on Combating Trafficking in Human Beings for the period up to 2015.

Summing up the results and an exhibition of children’s contest were held in City culture center “Druzhba” (Friendship). Among participants were more than 100 children, headmasters and the head of the Family and Youth Department of Yuznhe City Hall. Winners received valuable prizes (memory sticks, MP3-players); everyone present was invited for festive table.

For the last year the number of those who participated in trainings on preventing human trafficking in City employment center of Yuzhne comprised almost 900 people. Furthermore, in 2012 Caritas employees organized informational events for nearly 700 students of senior classes at schools in Yuzhne. It is rather small city (less than 30 000 citizens) that lacks job opportunities. That’s why people head to big cities and other countries in order to find place for work. Therefore, activities of Caritas Ukraine on countering human trafficking are rather significant here.