21.09.2011
Fr. Roman Syrotych, Director of Caritas Kyiv reported that “from 22-29 August Caritas Kyiv finished the last of summer children’s camp in the Carpathian foothills. The camp was held in the village of Zarichchya, Hadviryanskyy district, Ivano-Frankivs’k region. Campers were Caritas Kyiv clients from crisis families. The end to the summer tourist season became a time of rest, healing, and gathering strength for the new school year.”

The seven day camp included an Independence Day celebration, several overnight hikes in the mountains, a trip to Yaremche (to the waterfall and the souvenir market), swimming in the river or walking through the woods to pick blackberries, and participating in the Train to Yaremche festival.

They also had nightly bon fires when each person shared their feelings by putting on a theatrical act (the theatre-news) and experimented with new ways to resolve conflicts (forum-theatre). 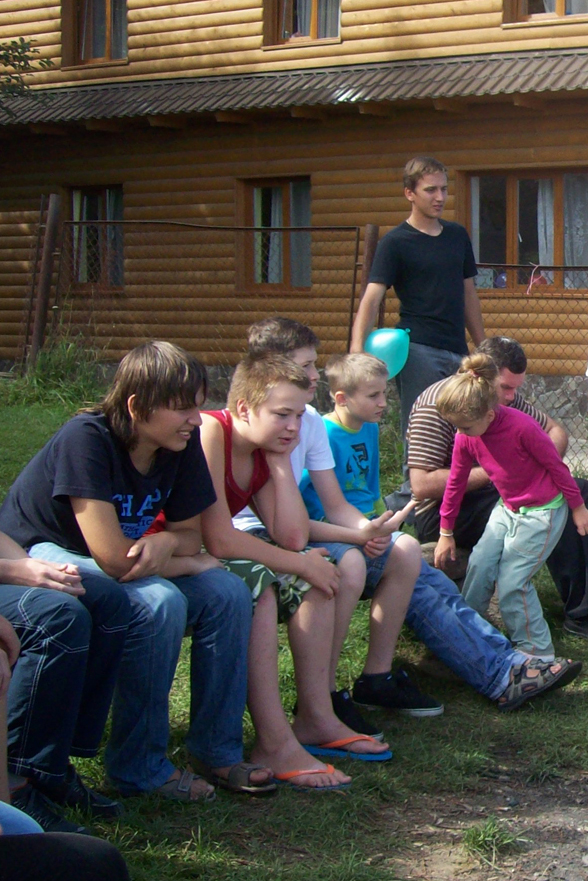 Campers included children clients of Caritas and young parishioners from the St. Nicholas the Good parish in Kyiv. Despite the fact that the two groups had separate programs, the children still made friends with their peers from the other group. The groups joined to mark Ukrainian Independence Day and hold the final bon fire, when they put on skits to entertain each other.

Possibly the most memorable event was the hike led by the experienced traveller Pavlo Busatyy from Ivano-Frankivs’k. The children met him in the village of Yamniy, and hiked up the Dovbush cliffs arriving at the mountain valley along the spine of Makovytsya, where they prepared herbal tea before descending into the city of Yaremche. Later Mr. Busatyy supervised a hike across te elevated railway bridge and the rocky descent along a scenic path to the river Prut.

All the events and activities were exciting. Pavlo, a very intelligent individual, enchanted the children when he taught them of his personal traditions as well as those held by locals and tourists.

“We stressed with the children that they should care for their environment, complete tasks assigned to them, follow the daily schedule, and keep their rooms clean. There were several contests 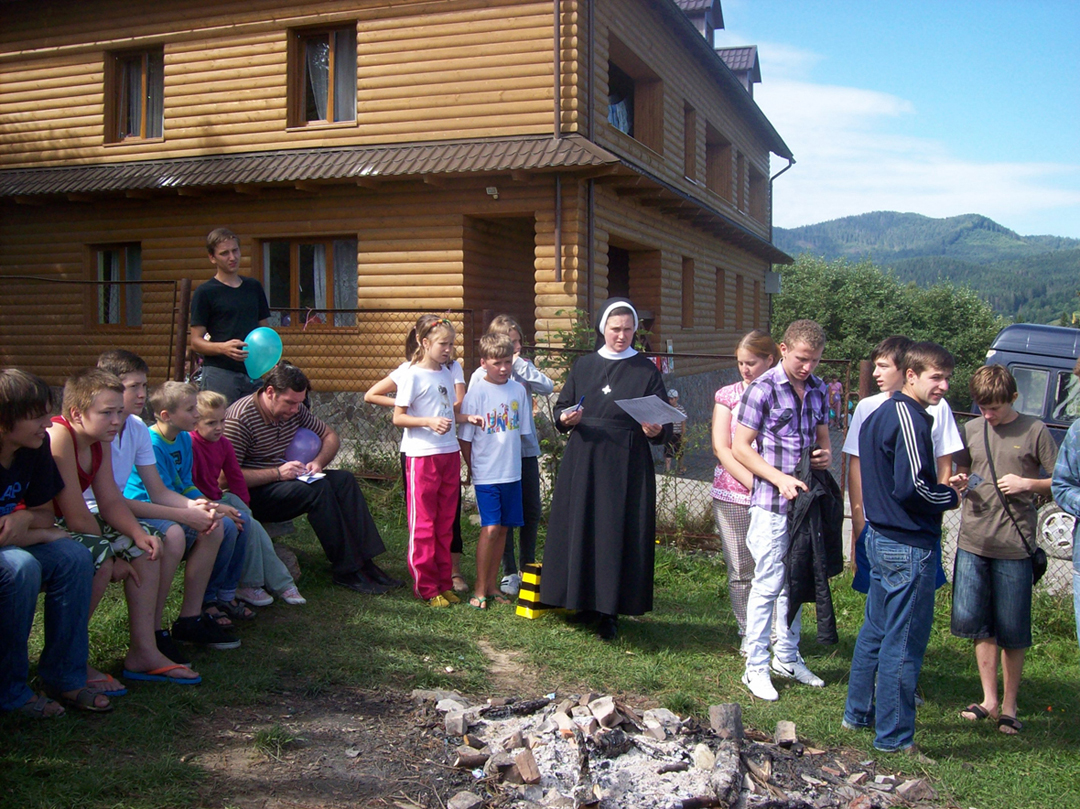 held which rewarded the children who had the cleanest room. During the hikes the older campers helped the younger ones, which pleased Pavlo,” stated V’yacheslav Fedchenko, the camp’s Head Counsellor.

“We would like to extend our sincerest thanks to everyone who made this camp possible, because thanks to their help, children who otherwise would not be able to vacation in the Carpathian Mountains had the opportunity to do just that. This was made possible because of the kindness of these generous folks,” said Fr. Roman Syrotych, Director of Caritas Kyiv.