Caritas Kolomiya Participated in a Pilgrimage to Zarvanytsya 16.09.2011
Traditionally at the end of August, the faithful of the Ukrainian Greek-Catholic Church embark on a walking pilgrimage to a very sacred place—the city of Zarvanytsya. This year the Assumption of the Holy Virgin Mary drew nearly twenty thousand faithful from the Kolomiya-Chernivtsi eparchy of the UGCC to the Mary Spiritual Centre. Among them were representatives from Caritas of the Kolomiya-Chernivtsi Eparchy.
Eleven children between the ages of 10 and 16, led by Taras Buchovs’kyy, Assistant Director of Caritas of the Kolomiya-Chernivtsi Eparchy of the UGCC set off to honour the sanctuary in Zarvanytsya. They joined members of Children of Light. As everyone embarked on the pilgrimage with their own prayers, the kilometres passed quickly. Those from Kolomiya travelled over one hundred kilometres. On the way they sang religious songs, prayed, and talked. They slept in tents in villages along the way.

On 27 August the pilgrims held a night vigil, a candlelight march, and had the opportunity to make Holy Confession. Due to the large number of pilgrims gathered for the Assumption of the Virgin Mary holiday, the Divine Liturgy was celebrated on a podium in front of the Zarvanytsya Cathedral, where large numbers of pilgrims took Holy Communion. 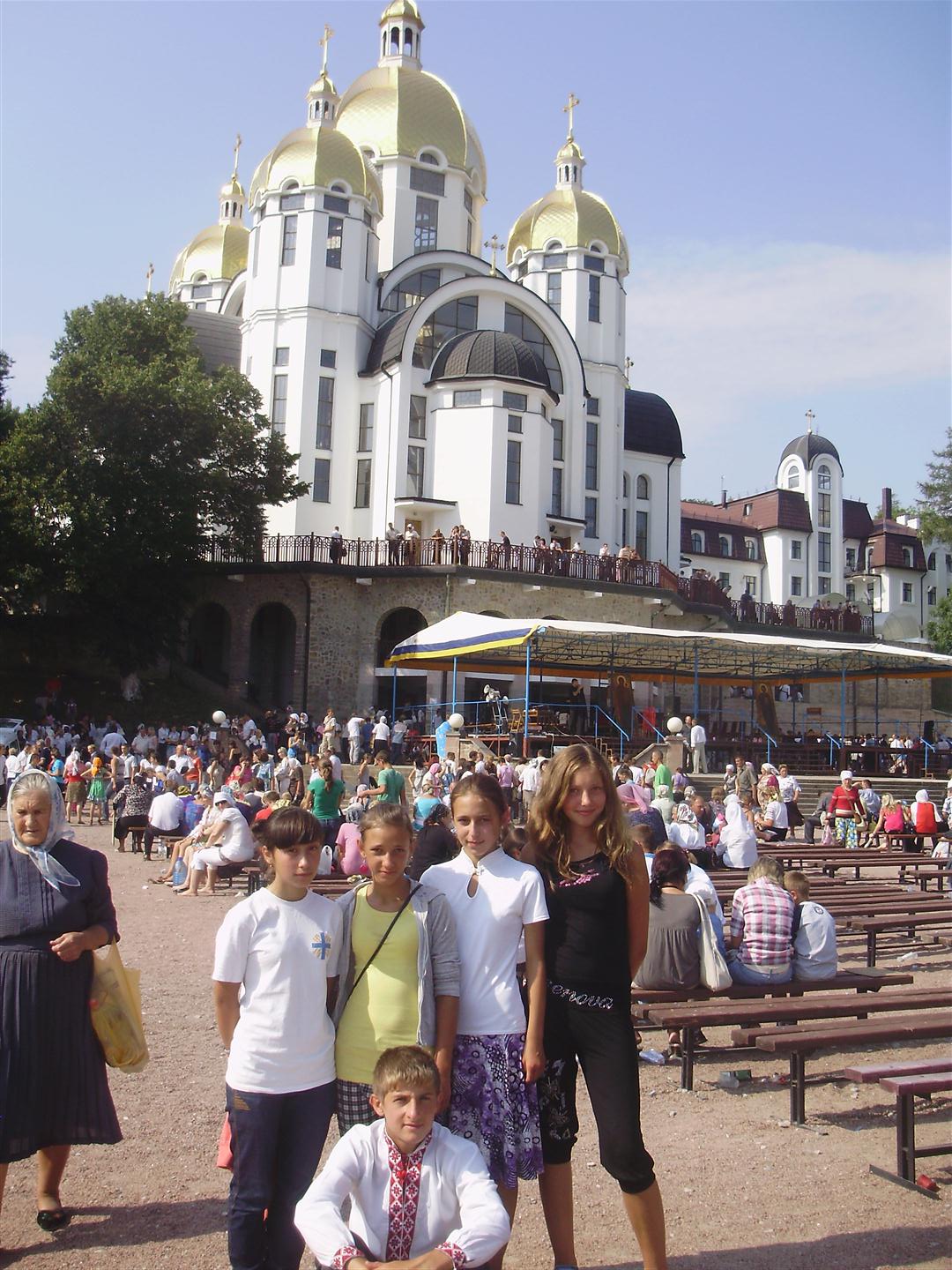 During his sermon, the Bishop Mykolay noted how pleased he was to see members from his eparchy at the pilgrimage to Zarvanytsya. “Today, the Blessed Virgin Mary brings us much happiness; She, who shows motherly love towards the Ukrainian nation. Through our joint prayer we make our requests to the Virgin Mary, who with her humble life, united heaven and earth,” emphasized the Bishop Mykolay.

Reference:
The Mary Spiritual Centre is located in the village of Zarvanytsya, Terebovlyanskyy District, Ternopil Region. Because of sightings of the Blessed Virgin Mary it was recognized as one of the 15 most holy Catholic sanctuaries in the world. Legend says that when the Tatars burned the city of Kyiv, a member of the Kyiv-Perchersk Caves survived and travelled west. He travelled for many days through the forests and swamps. With the hope of obtaining salvation, he never stopped praying to the Blessed Virgin Mary. She appeared to him in a dream standing near a spring and asking to left in that wonderful spot.

The first church on this site was built by Prince Vasyl’ko Terebovlyanskyy. After getting lost during a hunting trip in the forest, he became seriously ill. He was found by a monk who lived in a cave, and blessed the miracle working icon of the Virgin Mary. The Prince recovered and as a gift of thanks for saving his life, built the church.

For the past several years the Mary Spiritual Centre in Zarvanytsya has been under construction. On the grounds of this sanctuary they are completing five churches and a Stations of the Cross with paintings in the forest. A special building and cafeteria are also being built for pilgrims.