Caritas is among winners again!

16.05.13, Ivano-Frankivsk oblast
All-Ukrainian Grant Competition “Save a good person!” has finished recently. It was conducted by the Foundation for the Princes Benefactors Ostrosky within the framework of ‘A bank of good affairs’ program that was initiated by Ukrgasbank JSB. Caritas of Kolomyia-Chernivtsi Eparchy turned out to be the best in Ivano-Frankivsk oblast.

Caritas Kolomyia became a partner of all-Ukrainian social program ‘A bank of good affairs’. Charitable foundation suggested the best concept for fundraising for the benefit of poverty-stricken Ukrainians.

At the end of April press-conference was held in Ivano-Frankivsk. Representatives of Ukrgasbank JSB and Charitable foundation “Caritas of Kolomyia-Chernivtsi Eparchy” attended the event. They introduced project called ‘Save a good person!’ to journalists and spoke about urgency of its implementation.

Fundraising for providing emergency medical service is a hot-button issue in order to solve health problems. The state is incapable to secure minimal financial support for urgent surgical interventions abroad, treatment and rehabilitation of patients. In most cases families with severely ill patients belong to lower-income population stratum and don’t have possibilities to raise needed sum for surgical or medical treatment alone.

Nina Shpakovska, Deputy Chairman of the Board of Ukrgasbank JSB, spoke about pitfalls that occur on the way of fundraising for medical treatment. “Lack of awareness about rules and regulations of charity fundraising leads to legal confrontations with taxation bodies” explained Mrs. Shpakovska. “It’s less-known fact that there are private bank accounts in Ukraine opened for raising funds on treatment or surgical intervention. Taking in consideration the sum gathered they are taxed at th 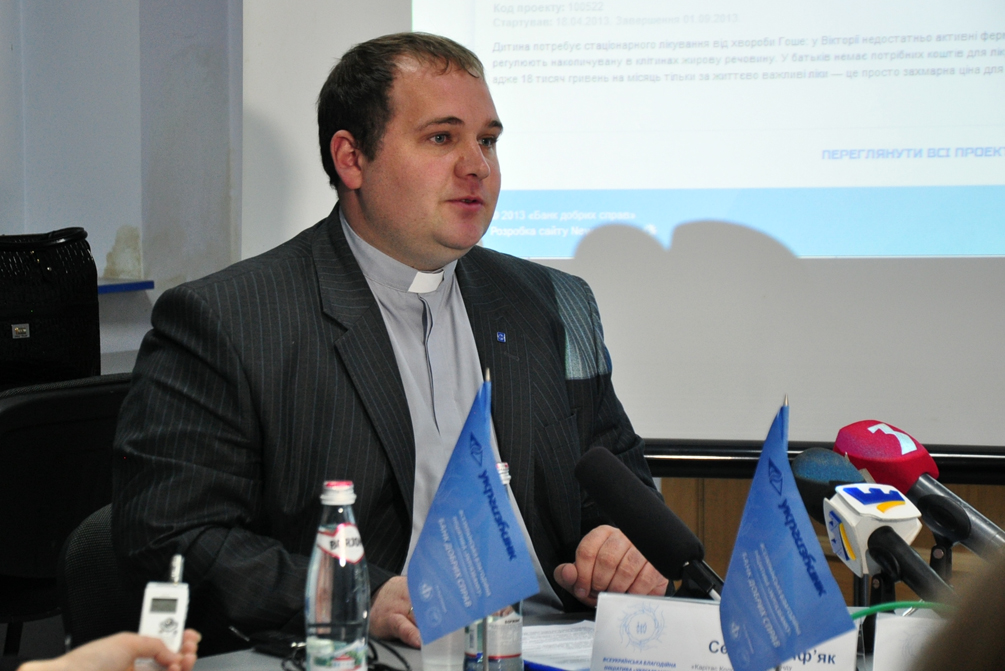 e rate of 15% or 17%. People lose the third part of money raised and can be liable to penalties or sanctions from taxation bodies!”

For their part Caritas employees have repeatedly faced similar problems and life dramas of Precarpathian locals. Fr. Sergiy Tryfyak, Director of local Caritas, pointed out: “It is not the first year that we render aid to citizens of Ivano-Frankivsk and oblast. We truly understand what are the problems linked to urgent fundraising activities. People are ready for anything to save the closest person in their lives. Very often they are unaware of rules that will indemnify them from pitfalls of this process. We are proud to help in such cases. ‘A bank of good affairs’ initiative shares our values. For us it is an opportunity to save more lives and show the right way.”

From now on there is a place in Ivano-Frankivsk where anyone in need of financial and psychological assistance can address for help. Together with volunteers and relatives of severely ill patients Caritas employees will organize charity street-initiatives and door-to-door campaigns; install charity boxes in trade zones, public establishments, and churches; involve regional 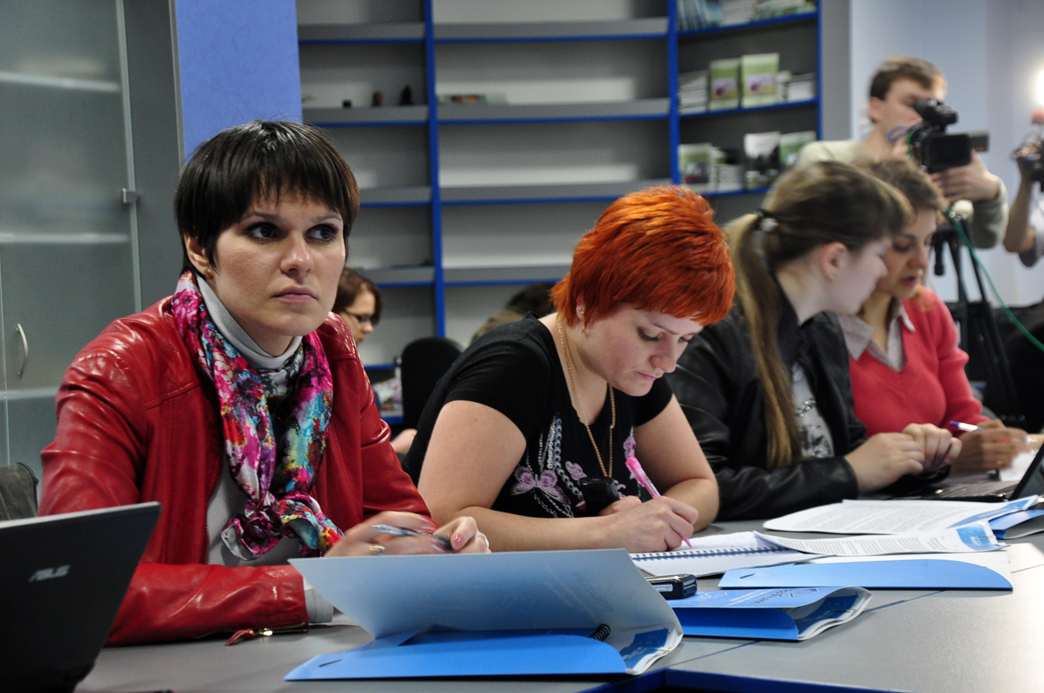 socially responsible business to philanthropy; spread letters of assist and carry out charitable lotteries, auctions with mass media participation and other public events.

All activities of Caritas and other project partners are transparent and comprehensive. For this reason special web-site http://bankdobryhsprav.com.ua was developed. It unites all foundations and affords to look through implemented and current projects in any region of Ukraine. Every person who is willing to help can do it with financial means or other non-material ways; to follow the progress of fundraising process in the real time.