To help children has always been a priority of Caritas.  Therefore, on June 1, on the International Children’s Day, Caritas network organized a holiday for children throughout Ukraine. Children are the most vulnerable in all social upheavals, always in need of support and assistance, especially in the current difficult time. Children’s Day is not just fun and games, but also the opportunity to reiterate the necessity of defending the rights of children and parents, to help people in need, to support family values. 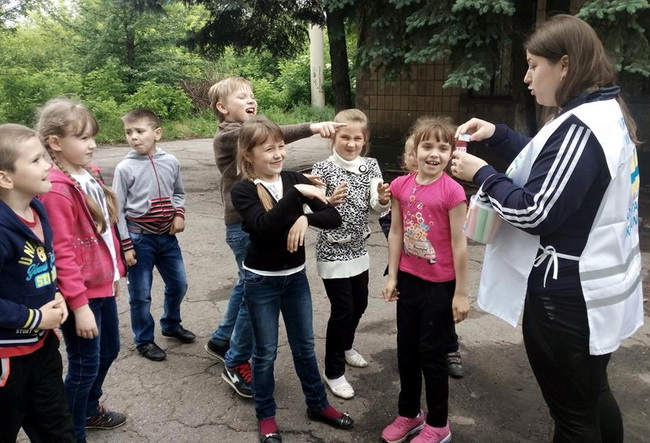 During the feast, there were remembered also those who need it most – children from the so-called “gray” or buffer zone. To support and develop mutual understanding in families who live in the buffer zone, workers of Caritas Kramatorsk organized celebrations in Zalizne city in Donetsk region. Children took part in exciting contests and games, they were painting on the pavement, and adults were involved in classes with elements of psychological training. Then all together they released colored “Ballons of Dreams” into the sky. The celebration ended with a delicious sweet treat and gifts from Caritas.

Meanwhile, in Kyiv, workers of local Caritas organization together with representatives of the Dnipro district administration visited the family-type orphanage. They brought children bed linen and educational games. Besides, representatives of the regional branch Camopomich (Self-reliance) visited the Caritas Kyiv Children’s Center. Among its wards, there are children from families in need and IDPs. Representatives brought them clothes, toys, books, and other things gathered by local residents. 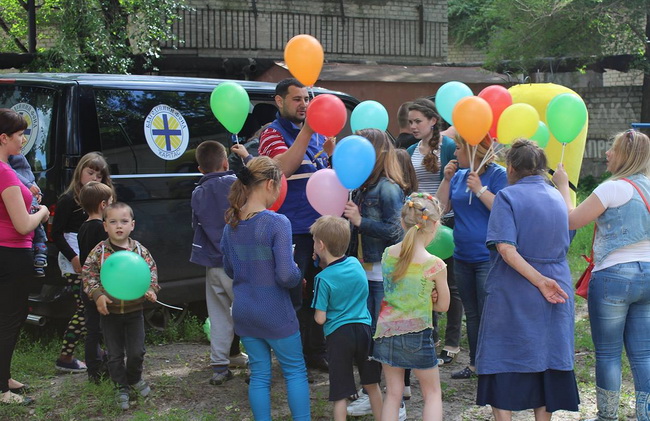 On June 1, in City Park of Dnipro, Caritas Donetsk and regional department of PLWH held a joint action for IDPs children, their families and families in difficulties. The holiday had a symbolic name “Fate in Your Hands.” Children attended a concert performed by music bands and dancers, had the opportunity to ride amusement rides in the park, and participated in creative workshops and various competitions. Kids enthusiastically rode a pony. This kind of events really helps to promote the integration of IDPs, and their adaptation to the new social environment. It was made possible through the support of Caritas Ukraine partners – Government of the Republic of Poland and Government of Germany. The same day, workers of Caritas Dnipro made a holiday for IDPs children and parents in modular town. The next day, in Voitsekhovych Street, the feast for all locals was held – with fun contests and competitions as well as sports shows for children and parents. 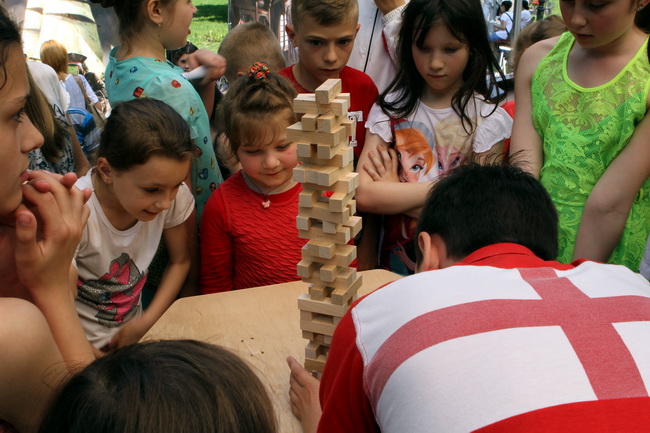 Caritas Odessa also organized a feast for all the children of the city. A board game Jenga tourney dedicated to Children’s Day was held in City Garden. Participants competed in two age groups: 4-6 and 7-12 years old. “We invited to take part in this tourney all the children of Odessa. By that, we meant to show that child always stays a child, regardless of whether he or she had to flee from war, to fight serious disease or to be left without parents. We are sure that children always find a common language. Our goal is to create a tolerant society where people with disabilities are treated just like all the others, where IDPs can rent an apartment without obstacles, where kids with Down syndrome can go to regular schools,”- commented on the event Father Vasyl Kolodchyn, director of Caritas Odessa. In addition to the tourney, the children were surprised with dancing, relay, and creative workshops, so everyone could find entertainment for his soul. 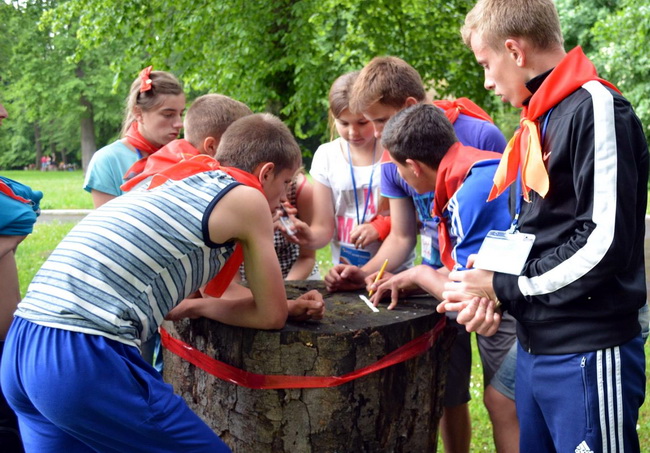 On Children’s Day, workers of Mobile Work with Youth Project in Caritas Ternopil developed and conducted a quest for their wards. Interesting tasks, in particular, contained themes from previous training. Participants had to overcome a variety of sport and entertainment tasks and to cook dishes from the particular set of products. After the preliminary rounds, each team had to search for “treasure”. For this last task, they had to choose whether to join others and unite in one great command or search “treasure” individually. Unanimously all participants decided to unite. Thus, the ability to negotiate, to make decisions together, to express and defend their views helped them to find the “treasure”. Lots of impressions, positive emotions and responses, joyful smiles and loud cries, as well as pleasant physical exhaustion,  were evidence of time spent very effectively. The celebration ended with a sweet treat of tasty pastries.

Besides, Caritas Ternopil congratulated not only their wards on the occasion of the feast. That day has passed final seminar for pupils of boarding schools “On the Threshold of Adult Life”, organized together with the organization “Future for Orphans”. About 30 students from boarding schools were able to get basic knowledge for making the first steps in adult life. For Caritas Ternopil, to support orphans and their preparation for adult life outside the orphanage is one of the most important areas of work and significant component of social support. The most important task of Caritas workers is to help them discover and develop their capabilities for further successful fulfillment. 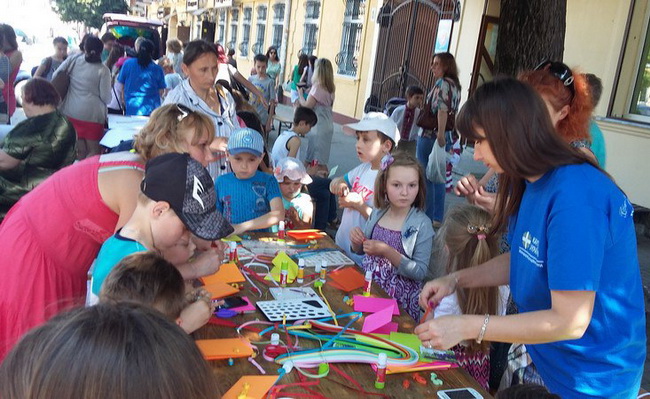 Meanwhile, in Sheptytsky Square in Ivano-Frankivsk, Caritas organized a celebration for their wards: children with special needs and families in difficulties. Guests from partner organization Caritas Mecklenburg (Germany) that very often bring charitable assistance to the Carpathian region also came to the feast. In the program of the festival, there were workshops of making bracelets, greeting cards, paper flowers, folk dolls; drawing competition on children’s rights, and releasing balloons into the sky. Director of Caritas Ivano-Frankivsk Father Volodymyr Chorniy was talking about street children and children from families in crisis who have no knowledge of their rights and responsibilities, – “the children are gathered here for confirming their rights and obligations by themselves. We try to give them knowledge and at the same time to raise awareness of this problem in the society. If the public, government agencies, journalists pay more attention to these kids, they grow up happy. If a child grows up without knowing any of his/her rights and responsibilities, and not knowing the commandments of God, he/she will be neither a good citizen nor a good Christian”.