Young people with special needs form Youth Social Center were for four months engaged in the artistic workshop within the art project ‘Let’s Create Together Creative and Open Changes’. As a result, not only paintings of good artistic quality appeared but also organization found new volunteers, and people with intellectual disabilities received a chance to become a part of life of the city.

“At first, not all participants believed that they can draw, some of them even did not dare to take brush in their hands, – says Natalya Pak, coordinator of Social Center for Young People with Special Needs in Stryi. – But gradually they realized that they are able to be creative. This ability gave them confidence and belief in themselves. Works of some of our friends were amazing. They had their own manner and artistic style. For example, usually very calm and silent person Heorhiy painted bright and vivid pictures that you can easily recognize.” 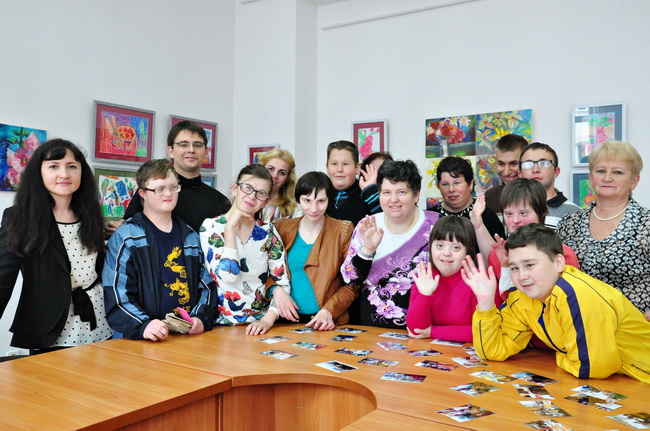 Instructor of art workshop, a member of Ukrainian Union of Artists Ihor Melnyk never worked with disabled people before the project. “However, after the first meeting, due to the openness of young people I realized that these classes bring me a lot of pleasure, – says Ihor – During the four months of the project my pupils amazed me and deeply touched. As for me, they all are artists, because the person, who paints from the heart, is a true artist. “

“It is felt that these works are come from the heart, – confirms the words of Ihor Melnyk Deputy Mayor of the city Roman Wolynets, he participated in the exhibition’s opening. – I am glad when I see how initiatives of benefactors are changing social attitudes towards persons with disabilities. Actually, we need to be with these people, because they help us to keep our hearts sensible. In fact, I think that it is their vital mission in the world.”

“Thanks to the initiative of Ihor Melnyk, students and teachers of Stryy art school participated in the project as volunteers. For most of them, it was the first experience of communication with people with intellectual disabilities. All together, they mastered the technique of decorating Easter eggs, decoupage, Petrykivka painting, straw plaiting, and pottery making. Therefore, the project was not only an art therapy, but also the first step towards greater inclusion in society,” – says Natalie Pak. 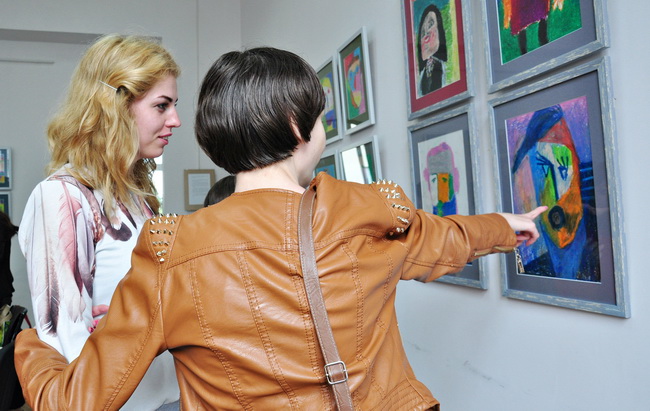 “My daughter was looking forward to each next class – says Danuta Tahira, mother of Martha – ward of Social Center. – She felt herself in much better physical state because of her sublime and joyful mood. Thus, I became happier too.”

“Caritas Art Project left no one indifferent – sums up results of the project Father Taras Laszok, director of Caritas of Stryi Diocese UGCC. – It was our task to open talents of friends with special needs, to show their inner world; and it moved all people around. We wish everyone who looks at their pictures to become friend with our wards and volunteer of our center.”

The exhibition features over 40 art works. It will run until July 1 at the premises of the memorial complex to the Fighters for Freedom of Ukraine.